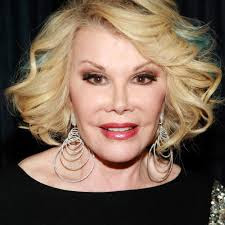 Last year, Joan Rivers died with an estate of roughly $100 million. In her last will and testament she described herself as a resident of New York State but a domiciliary of the State of California. What's the difference?
Prior to 2000, there was no difference and all estates that paid federal taxes had to pay state death taxes based on a pickup chart listed on the tax return. It was a graduated tax predicated on the size of the estate; every estate, however, irrespective of domicile, paid the same amount on a percentage basis to the state of domicile. Circa 2000, the IRS disconnected the state death tax payments from the federal tax. The result was that some states chose not to have any state death tax while other states levied a substantial tax of their own.
The conundrum is if you live in a state with a high state death tax, how do you shift the tax domicile to a state with no state death tax. This can be a little bit tricky and we note, based on my 32 years with the Internal Revenue Service, that the wealthiest clients are able to afford the best advice.
What Joan Rivers tax planners are trying to do is to say that even though Joan lived in New York, a state with a high tax rate and an exemption slightly in excess of $2 million, she should be taxed as a domiciliary of the State of California, a state which phased out it's death tax in 2005. The amount at stake here is potentially 10 or $15 million which the River's estate may have to pay. In the coming months, look for substantial litigation between the Rivers Estate and New York to see which state gets to sink its teeth into the juicy bone.
Obviously the State of California could care less where Joan Rivers is domiciled. The State of New York however, with millions of tax dollars at stake, will undoubtedly litigate long and hard for those tax dollars. The normal rule of law is that you are domiciled where you live with an intent to remain. Therefore, if you live in New York, have a home in New York and a business in New York, you are a New York domiciliary. To change that, theoretically, you must divest yourself of both the home and the business and move your body to another state. If you fail to take this type of precaution, the high taxing states will undoubtedly litigate to try to have the decedent tax within their venue. The Rivers Estate is, therefore, trying to create an artificial change in the law to save substantial tax dollars.