The Internal Revenue Service announced today that the Spring 2019 Statistics of Income Bulletin is now available on IRS.gov. The SOI Division produces the online Bulletin quarterly, providing the most recent data available from various tax and information returns filed by U.S. taxpayers. This issue includes articles on the following topics: 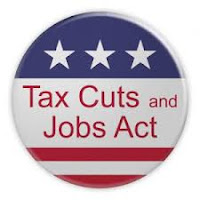 However, under the participation exemption system, earnings of a CFC that are repatriated to a corporate U.S. shareholder as a dividend are typically effectively exempt from tax because the shareholder is generally afforded an equal and offsetting dividends received deduction under Code Sec. 245A.


A section 956 inclusion of a corporate U.S. shareholder, on the other hand, is not eligible for the dividends received deduction under Code Sec. 245A (because it is not a dividend). 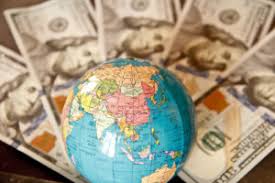 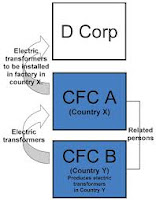 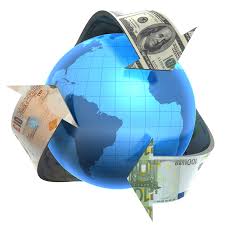 On remand from the Eleventh Circuit, the Tax Court has determined in Romano-Murphy, 152 TC No. 16, that IRS's assessment of the trust fund recovery penalty was invalid, rejecting the determination of the IRS Office of Appeals.

Based on the Eleventh Circuit's finding that under Code Sec. 6672(b)(3)(B) and the Regs, IRS was required to issue a pre-assessment determination of liability, the Tax Court concluded that this requirement was one of the "requirements of applicable law or administrative procedure," compliance with which must be verified by the Office of Appeals in a Code Sec. 6330 collection due process (CDP) hearing.

IRC Sec. 6672(a) imposes a 100% penalty, commonly referred to as the trust fund recovery penalty or the responsible person penalty, on "responsible persons" if they willfully fail to pay over to IRS the amount of taxes otherwise due. IRS must notify a taxpayer that he will be subject to an assessment (pre-assessment notice) before it can impose a penalty. (Code Sec. 6672(b)(1)) IRS must also wait 60 days from the date of the notice letter before making an assessment. (Code Sec. 6672(b)(2)).

The taxpayer, Ms. Linda Romano-Murphy, was the chief operating officer of NPRN, a business that was behind in paying its 2005 employment taxes. After unsuccessfully seeking full payment from NPRN, IRS sought to recover the remaining amount due from Romano-Murphy under Code Sec. 6672(a).

The IRS sent Romano-Murphy a Letter 1153 (pre-assessment notice) informing her that, pursuant to Code Sec. 6672(a), she, as the chief operating officer of NPRN, was personally responsible for the company's unpaid trust fund taxes. It also informed her of her right to protest the proposed assessment.

Romano filed a timely protest with IRS. Due to some unexplained error, IRS did not forward Romano-Murphy's formal written protest to its Appeals Office, which exclusively handles taxpayers' pre-assessment protests under Code Sec. 6672(b). The Appeals Office, therefore, never considered the protest, and Romano-Murphy was not given a pre-assessment conference or a final administrative determination as to her protest.

On October 15, 2007, having failed to address or resolve her protest, IRS made an assessment against Romano-Murphy.

In August 2008, IRS served Romano-Murphy with notice of its intent to levy to collect the penalty for NPRN's outstanding trust fund taxes. In September 2008, Romano-Murphy filed a timely request for a CDP hearing to contest her liability under Code Sec. 6672(a).

IRS Appeals Concluded That She Was Liable For The Outstanding Trust Fund Taxes.

Romano-Murphy Sought Review Of The
Appeals Office's Determination In The Tax Court.

The Tax Court held that Romano-Murphy was liable under Code Sec. 6672(a) for the penalty. (Romano-Murphy, TC Memo 2012-330). Romano-Murphy then filed a motion to vacate the Tax court's order.


She argued that collection of a tax liability, pursuant to Code Sec. 6502, can only occur after an assessment has been made, and the assessment in her case was invalid because IRS had failed to give her a pre-assessment hearing and determination when she filed her timely protest, which was her right by law.

This procedural error, Romano-Murphy argued, denied her due process and prejudiced her in a number of ways. The Tax Court denied Romano-Murphy's motion to vacate.

The Eleventh Circuit, vacating and remanding the Tax Court decision, held that Romano-Murphy was entitled to a pre-assessment determination of her Code Sec. 6672 liability. IRS therefore erred in not providing her such a determination before making the assessment and issuing its notice of intent to levy.

The Court disagreed with the Tax Court, which it said had, in effect, concluded that taxpayers have no statutory right to a pre-assessment hearing or to a final administrative determination of a pre-assessment protest. Romano-Murphy v. Comm., (CA 11 3/7/2016) 117 AFTR 2d 2016-934).

Further, Reg § 301.7430-3(d) provides that, when a pre-assessment protest is filed, the Appeals Office must make a determination of Code Sec. 6672 tax liability and notify the taxpayer of that determination in writing by following specific steps.

The Eleventh Circuit remanded the case to the Tax Court to determine what action, if any, should be taken to remedy the IRS's error in assessing the penalty against the taxpayer before making a final administrative determination.

The Tax Court, on remand, concluded that the no-assessment-before-determination requirement identified by the Eleventh Circuit was one of the "requirements of applicable law or administrative procedure," compliance with which must be verified under Code Sec. 6330(c)(1) by the Office of Appeals in an Code Sec. 6330 collection-review hearing.

The Tax Court then held that the assessment of the trust fund recovery penalty was invalid and the Court did not sustain the determination of the IRS Office of Appeals. 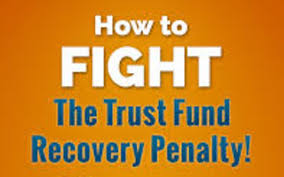 The "See" Duction Did Not Work for Texas Restaurant Owners 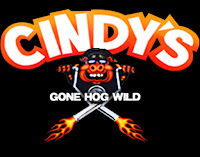 According to DoJ, a Texas couple was convicted on May 23, 2019 of conspiracy and tax charges.
Michael Herman and his wife, Cynthia Herman were convicted of conspiracy to defraud the United States by impeding the Internal Revenue Service (IRS) and of filing false individual income tax returns for tax years 2010 and 2011. The jury also convicted Michael Herman of filing false 2010 through 2012 corporate income tax returns.
According to the evidence introduced at trial, the Hermans owned and operated three establishments: Cindy’s Gone Hog Wild, a restaurant and bar in Travis County, Texas, and two restaurants in Bastrop County, Texas, Cindy’s Downtown and Hasler Brothers Steakhouse.

The Hermans skimmed cash from the restaurants by depositing only a portion of the restaurants’ cash receipts into their business bank accounts and reported only those deposits on the corporate and individual income tax returns.

The Evidence at Trial Showed that the Hermans Failed to Deposit Approximately $570,000 in Cash Receipts into their Business Bank Accounts.

The Hermans also paid for personal expenses out of the business accounts, including repair of their personal swimming pool, utilities for their home, and the salary of a household employee. Michael Herman signed and filed the false 2010 through 2012 income tax returns filed on behalf of Cindy’s Gone Hog Wild Inc.

U.S. District Court Judge Xavier Rodriguez has not set a sentencing date. The Hermans each face a statutory maximum sentence of 5 (five) years in prison on the conspiracy charge and 3 (three ) years in prison on each of the false tax return charges. They also face a period of supervised release, restitution and monetary penalties.
Have an IRS Criminal Tax Problem?

According to Law360, a D.C. Circuit Court said real estate developer Stephen M. Ross and his partners could not deduct $33 million for land donated to the University of Michigan in 2003 and sustained a 40% penalty.

In a unanimous decision, the three-judge panel said the U.S. Tax Court was right in finding that Ross' partnership RERI Holdings I did not properly substantiate its basis in the donated property, and overstated the value of the donation by more than 400%.

“We agree with the Tax Court that RERI fell short of the substantiation requirements by omitting its basis in the donated property,” Senior Circuit Judge Douglas H. Ginsburg wrote on behalf of the panel.


The Panel Also Upheld The Imposition Of
A 40% Penalty Against RERI, 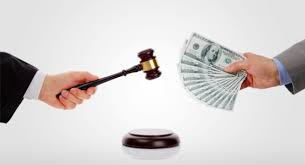 Saying That It Found No Clear Error In The Court’s Analysis Of The Dispute.

Have a IRS Tax Audit Problem?