UBS AG got into trouble with the IRS and Justice Department and changed bank secrecy forever. Eventually, the Swiss Parliament passed a measure enabling banks to hand over client identities to American authorities without violating Swiss bank-secrecy laws. After getting bruised in court battles with the IRS, in 2009, UBS paid $780 million to settle charges that it helped wealthy Americans evade taxes and many Swiss Banks followed suit.

The Swiss Banks - US Tax Time Line:
Federal prosecutors have now launched a new probe into whether Swiss bank UBS AG helped Americans evade taxes through bearer shares and bonds, according to people familiar with the investigation.

Prosecutors in the U.S. attorney's office in Brooklyn are weighing evidence gathered with the Federal Bureau of Investigation to determine whether employees of the bank helped facilitate tax evasion or engaged in securities fraud The Swiss bank UBS is said to again be under investigation by US prosecutors, this time for allegedly helping American clients evade tax by using bearer shares and bonds. 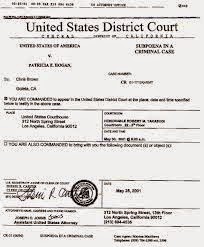 UBS was recently served with a subpoena from authorities related to the matter, according to people familiar with the case. Prosecutors and FBI agents recently traveled to London to interview potential witnesses, the people said. It isn't clear when the alleged conduct in the UBS matter is purported to have begun. Investigators believe some potential misdeeds occurred after the expiration of bank's 2009 agreement with the Justice Department, which resolved its previous tax-evasion case and put off any related prosecution as long as the bank didn't get into additional trouble in the following 18 months. The people familiar with the current probe said authorities don't believe the new issues constitute a violation of the terms of that settlement.

People familiar with the investigation.said, bank employees allegedly discussed how to deal with the potential legal problems of such transactions and how they might hide them from authorities.
For that reason, investigators are trying to determine the exact nature of those alleged discussions and whether they amounted to a criminal effort to conceal what had allegedly already been done.

But not every investigation goes anywhere. Not even every prosecution does. One big loss for the feds was when Mr. Raoul Weil, the top UBS banker, was found not guilty of tax evasion. The government accused Mr. Weil and his subordinates of using sham structures so U.S. clients could sidestep the IRS. Mr. Weil was indicted in 2008, and finally arrested in Italy in 2013, courtesy of Interpol. The indictment claimed that between 2002 and 2007, Mr. Weil’s UBS unit helped 20,000 U.S. clients conceal approximately $20 billion in assets from the IRS.

This came on the heels of an October 31, 2014 acquittal of Shokrollah Baravarian, a retired senior vice president at Israeli-based Mizrahi Tefahot Bank Ltd. in Los Angeles federal court on charges he helped U.S. customers conceal their assets from the Internal Revenue Service.


Have Un-Reported Income From an Offshore Bank?

Forbes
MarketWatch
Posted by Ronald A. Marini, Esq. at 3:22 PM