DOJ Makes Good on It Promise to Continue to Prosecute Offshore Bankers Who Have Aided Taxpayers to Avoid US Taxes! 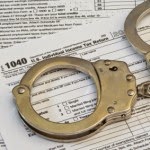 
On Wednesday, August 28, 2013 we posted U.S. Turns Up The Pressure On Swiss Banks! where we discussed that thousands of Swiss bank workers have seen their data handed over to justice authorities in the United States and are now living with a considerable amount of uncertainty.


The Men Are among 38 Offshore
Bankers, Lawyers and Advisers
Charged in the US since 2008 with Tax Crimes. 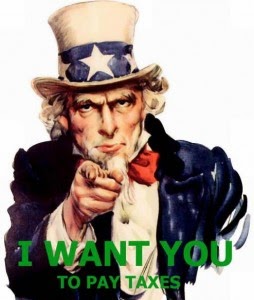 About two dozen have yet to answer the charges in court. They include bankers from Switzerland’s top three wealth managers - UBS, Credit Suisse and Julius Baer. Most live in Switzerland, where they remain off-limits to U.S. prosecutors because the Swiss don’t extradite suspects for tax crimes.

Wegelin, Switzerland’s oldest private bank, pleaded guilty in 2013 in New York to helping taxpayers hide as much as $1.5 billion from the IRS. Wegelin paid and forfeited $74 million to the U.S., admitting it helped hundreds of taxpayers evade taxes from 2002 to 2010. It no longer operates.The bank was charged in February 2012, a month after prosecutors accused Keller, Frei and Berlinka of conspiring with others to cheat the IRS.

Prosecutors accused them of helping Americans open dozens of accounts and hide them from the IRS after a U.S. probe led clients to flee bigger Swiss banks in 2008 and 2009.

On February 9, 2015,  we posted US Investigates UBS Again! which details that UBS AG got into trouble with the IRS and Justice Department and changed bank secrecy forever. Eventually, the Swiss Parliament passed a measure enabling banks to hand over client identities to American authorities without violating Swiss bank-secrecy laws. After getting bruised in court battles with the IRS, in 2009, UBS paid $780 million to settle charges that it helped wealthy Americans evade taxes and many Swiss Banks followed suit.

Now Federal prosecutors have now launched a new probe into whether Swiss bank UBS AG helped Americans evade taxes through bearer shares and bonds, according to people familiar with the investigation.