On 02/06/15 the OECD and G20 countries have agreed three key elements that will enable implementation of the BEPS Project:


“These are important steps forward, which demonstrate that progress is being made toward a fairer international tax system,” OECD Secretary-General Angel Gurría said. “These decisions signal the unwavering commitment of the international community to put an end to base erosion and profit shifting, in line with the ambitious timeline endorsed by G20 leaders.” 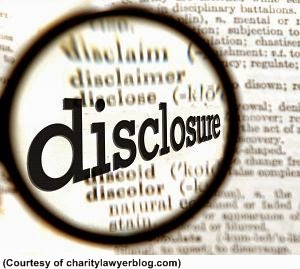 The OECD noted that countries have emphasized the need to protect tax information confidentiality. The guidance confirms that the primary method for sharing such reports between tax administrations is through automatic exchange of information, pursuant to government-to-government mechanisms such as bilateral tax treaties, the multilateral convention on mutual agreement assistance, or tax information exchange agreements.
The G20-OECD BEPS Action Plan sets out 15 key elements of international tax rules to be addressed by year-end 2015.

The guidance confirms that the primary method for sharing such reports between tax administrations is through automatic exchange of information, pursuant to government-to-government mechanisms such as bilateral tax treaties, the Multilateral Convention on Mutual Administrative Assistance in Tax Matters, or Tax Information Exchange Agreements (TIEAS). In certain exceptional cases, secondary methods, including local filing can be used.


Could a pair of form templates be some of most revolutionary tax tools to emerge from decades of debate
over global tax rules?


The OECD announced the first seven steps of a major overhaul of international tax systems, ahead of a meeting of G20 finance ministers in Australia the weekend of September 13 & 14, 2014 . The Base Erosion and Profit Shifting (BEPS) Action Plan is aimed at curbing aggressive tax schemes used by multinational companies to avoid paying taxes.

Endorsed by a total of 44 countries, including all OECD members and the G20 nations, the recommendations include plans to eliminate double non-taxation or “hybrid mismatching” (where a company uses treaty arrangements to avoid paying tax in two jurisdictions), to establish multilateral tax agreements to streamline international tax rules (as opposed to the current system of more than 3000 bilateral agreements), and create a standard for companies to report their activities and profits in each jurisdiction where they operate.


It’s that last point where these potentially revolutionary new forms comes into play. They can be found in the full 'Action 13' report, Guidance on Transfer Pricing Documentation and Country-by-Country Reporting.

The form is a template that shows the sort of information multinational businesses will, if these rules are adopted, be forced to collect and provide to tax authorities. It requires multple levels of comprehensive information on incomes, earnings and taxes paid for every jurisdiction in which the company operates.

According to some tax experts, it’s a huge step forward that will not only bring transparency to complex cross-border intra-company arrangements, but it will also arm tax authorities with data they couldn’t previously access. British tax expert and activist Richard Murphy puts it this way:
“There is no other way to get this data. Profit is, after all, a residual measure after every other allocation has been made. So, we now know that full country-by-country reporting accounts will be prepared in the future.

“And that means something else, which is that no multinational corporation can ever argue ever again that it does not have this data or that it would be too costly to publish it.  The time has come for that sham to be dropped. We need country-by-country reporting data on public record and we now know we can have it.”
Taxation law expert Anthony Ting from Sydney University in Australia said the added transparency would also allow tax authorities to quickly identify and red flag operations where rules were bent or abused:
“…the country-by-country reporting regime would have a deterrent effect. As the tax benefits from an international tax avoidance structure would be disclosed to tax authorities around the world, the risk of a tax investigation would be much higher. Multinationals would likely think twice before engaging in aggressive tax structures.”

Brian Jenn, an attorney-adviser in Treasury's Office of International Tax Counsel, said February 26, 2015 that the U.S. government will develop a “form for taxpayers to file that looks like the country-by-country reporting template.” "The U.S. will share this form with other tax administrations under bilateral tax treaties and tax information exchange agreements."

"The U.S. will try to meet the aspirational time line in the OECD guidance that would require companies to file their first template by Dec. 31, 2017."

Not As Confident In World Wide Tax Planning? 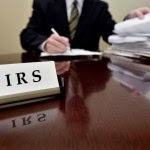 Think That You May Have A Tax Problem?