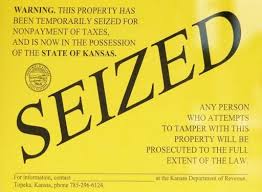 The IRS agreed to develop new training to stress that agents tasked with property seizures must confirm that taxpayers' levies are valid.

TIGTA reviewed 60% of the seizures that the IRS conducted between July 2018 and June 2019, and found examples where the agency failed to release levies against taxpayers who were dealing with economic hardships and seized assets including personal residences.

Under Internal Revenue Code Section 6343, The IRS Is Required To Release Levies Against Those Who May Be
Suffering Economic Hardships.

In the report, the IRS agreed with TIGTA recommendations that the agency develop new training to stress that agents tasked with conducting property seizures properly confirm that those taxpayers' levies are valid. The IRS also agreed to stress to its agents that any proceeds from the sale of seized assets must be immediately applied to that taxpayer's account to satisfy their deficiencies, and pledged to better inform IRS employees of notice requirements associated with property seizures.

The IRS disagreed with two of TIGTA's recommendations to issue additional guidance to prevent seizures on taxpayers suffering economic hardships and another to require IRS agents to document discussions they have with interagency officials about whether a taxpayer is protected from a property seizure. The IRS told TIGTA that those protocols are already included in the Internal Revenue Manual and preseizure checklist, according to the report.

TIGTA said that the IRS' failure to change its rules could lead to additional taxpayers losing their homes.

The IRS Won't Allow Revenue Agents To Infer That A Taxpayer Is Suffering Economic Hardships Through Their Own Observations, Whether That Be The Inability To Pay Bills
or Afford Essential Goods, 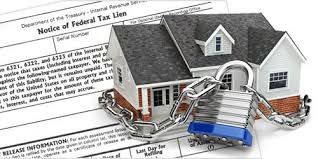 If They Hold Equity In Assets Such As A Personal Residence, According To The TIGTA Report.

In a number of seizures, the IRS didn't properly follow its protocol, failing to perform required research on those taxpayers who have levies against them or give those taxpayers sufficient notice, according to the report. A majority of seizures focused on taxpayers' "other real property," according to the TIGTA report, but several seizures also involved vehicles and personal residences.

TIGTA Did Find That The IRS Followed Its Protocols and
Didn't Seize Property When Taxpayers Had Filed
A Timely Request For An
Appeals Hearing For Collection Due Process. 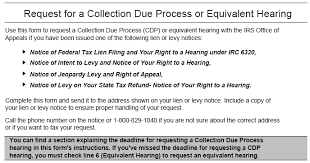 The IRS also sufficiently adhered to the guidelines it had set in scaling back collection and enforcement actions during the novel coronavirus pandemic between March and July, according to the report.

During the time in which the IRS suspended some of its enforcement and collection activities, the agency conducted three seizures, but TIGTA found they were proper in order to "protect the government's interest in collection of significant delinquent amounts due," according to the report.

Have an IRS Problem?