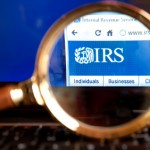 On July 21, 2020, The Internal Revenue Service announced the creation of the new Enterprise Digitalization and Case Management office, which will spearhead IRS efforts to empower taxpayers and IRS employees to rapidly resolve issues in a simplified digital environment.

The office's efforts will support overall IRS modernization and implementation of long-term changes stemming from the Taxpayer First Act.

Serving as co-directors of the new office will be Hampden "Harrison" Smith, IV, currently the agency's Deputy Chief Procurement Officer, and Justin Lewis Abold-LaBreche, who is the Director of Enterprise Case Management.

The new stand-alone office will focus on enhancing the taxpayer experience by improving business processes and modernizing systems. The office will apply agile, customer-centered thinking and draw on leading industry test-and-learn practices to rapidly identify what combination of business process and technology works best for the IRS's customers and employees. In the digitalization space, a portfolio-based approach will be utilized for the challenges the IRS faces, in the form of multiple small pilot projects for business process changes and technology solutions. The pilots will be focused on a desired outcome instead of a prescriptive approach, and they will be scaled and funded as they demonstrate value and return on investment. In the case management space, the office procured a commercial-off-the-shelf platform earlier this year from Pegasystems Inc., and its first release is well underway. 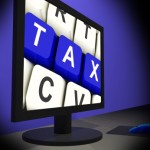 Now according to accountingTODAY The Internal Revenue Service is gearing up to deploy a more modern taxpayer case management system in December, starting with the customer support area of its Exempt Organizations unit and eventually more widely across the IRS, in the hope of making it easier for taxpayers and IRS employees to get access to information more quickly and efficiently.

The effort is in line with the Taxpayer First Act that Congress passed last year, which includes a number of IRS reforms, including modernizing the aging technology at the agency. The IRS has been relying on decades-old systems, some of which date back to the Kennedy administration. Last month, the IRS announced a new Enterprise Digitalization and Case Management office, and it’s in charge of the effort to create the Enterprise Case Management system. But the IRS has been working on modernizing its systems for many years, with a number of problems along the way, especially in the Modernized e-File system, which frequently needs to go offline for maintenance.

“This really supports our overall IRS modernization efforts and puts us on a really great path with the Taxpayer First Act because it’s helping us consolidate aging systems and create that taxpayer experience that we are working hard to deliver,” said Justin Lewis Abold-LaBreche, co-director of the Enterprise Digitalization and Case Management office, during a conference call Wednesday with reporters. 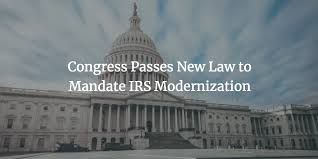 “At the top level, we are working on things like consolidating aging systems and migrating people over to a common platform, creating electronic case files, increasing digital channels and self-service, and streamlining our employees’ access to data so they can resolve issues quickly.

Put Together, This Is Going To Transform The Way The IRS Works Its Cases And Engages With The Public.

The taxpayers are going to see this right away with faster service, and IRS employees are going to benefit because they’re more comprehensively going to be able to resolve issues that taxpayers bring to them. It’s really a positive framework for helping the IRS modernize quickly and deliver value to the taxpayer.” 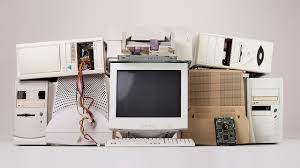 Because They Were Built At Different Times
Over The Past 20 Or More Years.

The IRS signed the contract with Pegasystems in April after going through a procurement process with due diligence. “There was thorough market research and evaluation, and we selected Pegasystems,” said Abold-LaBreche. “It’s a proven piece of technology. It has wide adoption in the private sector and the government, and we’ve made huge progress since April 2020, which was just a handful of months ago. We’re already up in the cloud. We’ve got foundational technology functionality in place, and we’re now finishing up the configuration of Pegasystems for our first business process.”

“Today the process for our correspondence workstream is very paper based and manual,” said Killen. “Taxpayers mail in letters and forms. We handle their requests manually in a paper format, and after research, which often means an employee has to search a number of IRS systems, we respond by sending them a letter in the mail.

Starting In December, We Will Have A Modernized Process. Taxpayers Will Have A Digital Option To Send Their Requests For Copies Of Determination Letters And Applications Online.

We will take that request digitally, or if the taxpayer has to send a letter, we will scan it in and then do that work within the ECM platform.

Employees also will be able to conduct almost all of their research right from the ECM platform. Now, with these requests being handled digitally, the IRS employees performing this work will be able to provide a faster, more complete response. I think this is a great example of how we are not only spinning out this new platform, the ECM, but we are doing it in a way that allows us to take the opportunity to modernize and create new digital channels. This is the model for how we are going to move forward as an enterprise.”

If The Initial Rollout Is Successful,
The IRS Plans To Expand The System To Other Functions Beyond Customer Support In The Exempt Organizations Unit, Although Those Have Yet To Be Publicly Announced.

Abold-LaBreche said more information would be released in the next 30 to 60 days about those plans. He denied that the December rollout was timed to coincide after the November election. In 2013, the IRS’s Exempt Organizations unit ran into trouble amid revelations that it had been using terms such as “Tea Party,” “Patriot” and “Progressive” to filter out applications for 501(c)4 tax-exempt status from political groups ahead of the 2012 elections, which led to the ouster of the director of the EO unit, Lois Lerner, and several other top IRS officials.

He said his office has a strong commitment from the IRS leadership for the new technology initiative and they are still working out what that will look like in the future. He pointed as well to other recent technology initiatives, such as the ability to file amended 1040-X tax returns electronically and added that it would be the first of many good things happening at the IRS.