Nursing Home Officer’s Nonpayment of Withholding Taxes Was Not Willful

A California District Court in Preimesberger (08/05/2020) 126 AFTR 2d ¶2020-5143 has found that a nursing home officer’s failure to pay withholding taxes was not willful as a matter of law. The officer paid other creditors before the IRS while trying to comply with mandatory federal and state regulations that required him, despite a severe cash flow problem, to keep the nursing homes operating at the existing standard of care.

From 2010 through 2015, the Facilities accrued substantial Medicare and Medi-Cal receivables due from the United States. Eventually the cash flow problem became so acute that the Facilities could not meet all their operational expenses.

Preimesberger arranged for Meridian to bridge the cash flowHim him him gap by drawing on a line of credit from a bank, Capital Finance, Inc. (CFI). However, CFI only authorized and provided funds for the payment of net wages and other expenses necessary to maintain the Facilities’ standard of care, so the Facilities could not use the funds to pay their withholding tax obligations. 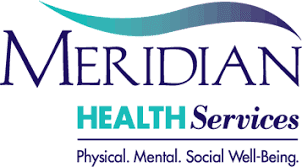 According to Preimesberger, the Facilities could not simply cease operations to resolve its cash flow problems. Under various federal and state regulations, the Facilities had to remain open and maintain the existing standard of care for all residents, despite its cash flow problems, until it complied with regulatory closing procedures and could officially close. Violations of the regulations carried civil and criminal penalties.

In 2019, the IRS assessed trust fund recovery penalties against Preimesberger for the second, third and fourth quarters of 2014 and the first and second quarters of 2015.

The district court found that Preimesberger’s failure to pay the Facilities’ withholding taxes was not willful as a matter of law.

Failure to comply with the nursing home regulations could have resulted in civil and criminal penalties.

Based on this evidence, the court determined Preimesberger had to keep the Facilities open and maintain the standard of care until he could comply with the regulatory process for closing them.

Since there was no evidence that Preimesberger had any funding options other than CFI’s line of credit, the court determined that the only way that Preimesberger could meet his obligations under the nursing home regulations was to comply with the restrictions CFI placed on the funds he borrowed.

The IRS did not allege that Preimesberger had access to any funds, other than the CFI loan, that he could use to pay the withholding taxes.

In addition to the restrictions imposed on the funds by CFI, the court found that the nursing home regulations appeared to have required that CFI’s loan be used to maintain the standard of care, which arguably made the funds “encumbered” under Nakano. The court determined that, under these circumstances, Preimesberger’s nonpayment of the withholding taxes could be considered involuntary and, therefore, not willful.