A taxpayer was entitled to attorneys' fees because the IRS wasn't substantially justified in refusing to abate an assessment attributable to an invalid change in filing status.

U.S. Tax Court Judge Buch says the IRS was required to abate an assessment that it made under Section 6213 as resulting from a mathematical or clerical error but was based on its changing taxpayer Michael Swiggart's filing status from head of household.

The IRS wasn't substantially justified in requiring Swiggart to prove head of household status when he had timely requested an abatement under Section 6213, Buch says.

On June 20, 2011, the IRS issued a math error notice to Mr. Swiggart, stating that the IRS had changed his filing status because the name of the dependent who qualified him for head of household filing status was not reported on his tax return. As a result, the IRS recalculated Mr. Swiggart’s tax using a filing status of single and determined that Mr. Swiggart instead owed $4,354, an increase of $2,205 to the amount Mr. Swiggart had reported as due on his return.

In the notice, the IRS stated: “If you contact us in writing within 60 days of the date of this notice, we will reverse the change we made to your account.”

Sixteen days later, on July 6, 2011, the IRS issued a Final Notice of Intent to Levy and Notice of Your Right to a Hearing, seeking to collect the amount from the math error notice plus penalties and interest. 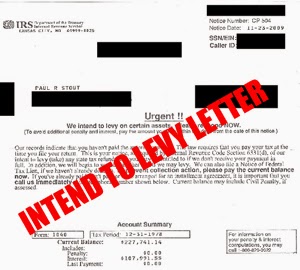 On August 5, 2011, 46 days after the IRS issued the math error notice, Mr. Swiggart’s counsel, Mr. Johnson, mailed a request for abatement by certified mail to the address listed on the math error notice. Also on August 5, 2011, Mr. Johnson mailed a Form 12153, Request for a Collection Due Process or Equivalent Hearing, by certified mail to the “person to contact” listed on the notice of intent to levy. Mr. Johnson attached a supporting statement to the request for a hearing listing the reasons he believed Mr. Swiggart was entitled to head of household filing status, stating why he believed the IRS’ change in Mr. Swiggart’s filing status was not a proper mathematical or clerical error under section 6213(g)(2), and stating that he had timely requested abatement under section 6213(b)(2)(A).

On September 15, 2011, respondent issued Mr. Swiggart a letter stating that the IRS was unable to process his claim for abatement because his supporting information was not complete and the additional information Mr. Swiggart provided did not give the IRS a basis to change the assessment.


On October 24, 2011, Mr. Johnson contacted the settlement officer assigned to the CDP
hearing by letter informing him that the request for abatement had been denied despite his timely request and again requesting that the assessment be abated and that deficiency procedures be followed.

During the CDP hearing Mr. Swiggart provided a signed affidavit dated September 13, 2011, identifying his child by name and Social Security number and stating that his child spent the greater number of nights in 2010 with him but that he had an agreement with the child’s mother to waive the dependency exemption deduction for certain years, including 2010. The settlement officer agreed that claiming the child as a dependent was not required to qualify as a head of household, but the settlement officer also concluded that he could not abate the tax attributable to the change in filing status until Mr. Swiggart provided additional documents showing that the child had lived with him for more than half of the year. On February 8, 2012, IRS issued a notice of determination sustaining
the proposed levy because Mr. Swiggart had not proven that he was entitled to head of household filing status and because he had not proposed a collection alternative or provided financial information showing whether he was eligible for a collection alternative.

Mr. Swiggart, residing in Minnesota at the time, timely filed a petition disputing the notice of determination and asserting that the assessment respondent attempted to collect was invalid as to the portion relating to his filing status. Mr. Swiggart asserted that the change in filing status was not properly subject to a math error notice, that he had timely requested abatement, that the IRS had
erroneously concluded that he was required to prove his entitlement to the filing status before abatement, and that respondent had erroneously determined the assessment was valid. Respondent’s answer alleges that “the settlement officer provided the opportunity to contest liability which would cure any procedural issues” Mr. Swiggart raised.

At trial on April 23, 2013, the parties filed a stipulation of settled issues. In the stipulation, the parties agreed that respondent had abated $2,142 of the assessment without prejudice to his right to reassess the amount using deficiency procedures and that the collection action is sustained as to the $2,149 that Mr. Swiggart reported as due but unpaid on his original return, plus penalties and
interest. After trial Mr. Swiggart filed a motion for an award of costs and a memorandum in support of his motion. Respondent filed a response asserting that Mr. Swiggart was not the prevailing party and that he is not entitled to attorney’s fees in excess of the statutory rate.

Mr. Swiggart was the prevailing party in this case, and the IRS was not substantially justified in failing to abate the assessment attributable to the change in filing status. As a result, we will grant Mr. Swiggart’s motion for an award of reasonable litigation and administrative costs under section 7430 in that he is awarded $3,256.50.

Feel like You're Not Getting a Square Deal from the IRS?