The Council on July 8, 2014 formally adopted an amendment to EU tax rules that will prevent the double non-taxation of dividends distributed within corporate groups deriving from hybrid
loan arrangements. This follows political agreement at the Council's meeting on June 20, 2014 .

"The adoption of this amendment to the parent-subsidiary directive is an important step change in the fight against aggressive tax planning. It represents a concrete achievement of the EU in this area, in line with international efforts to combat tax evasion and avoidance", said Pier Carlo Padoan, minister of economy and finance of Italy and president of the Council.

The Italian presidency is committed to bringing forward work in this field to promote a fairer tax system for the benefit of all EU citizens and businesses".


Such tax planning was not ruled out before, as the provisions of the original parent subsidiary
directive required member states to exempt from taxation the profits that parent companies received from their subsidiaries in other member states. The intention was to ensure that profits were not taxed twice, and that cross-border groups were thereby not put at a disadvantage compared to domestic groups.

Member states will have until December 31, 2015 to transpose the amendment into national
law.


The amendment adopted today will help increase member states' tax revenues, and help
create a level playing field between groups with parent companies and subsidiaries located
in different countries and those that have all entities based in a single member state.

The amendment is part of a broader proposal that the Council agreed to split in order to
allow early adoption of the new rule on hybrid loans, whilst enabling work to continue on
another aspect, namely the introduction of a common anti-abuse provision.


Need to Rethink Your European Strip Out Structures? 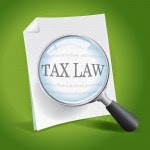