A lawsuit has been filed by several Canadian citizens against the Canadian Attorney General in Federal Court in Canada. The legal claim challenges the constitutionality of the agreement the Canadian government struck with the United States. The controversial deal between nations was inked under the Foreign Account Tax Compliance Act (FATCA).
So far, 77,000 financial institutions have registered and 92 countries have too. Countries must throw their agreement behind the law or face dire repercussions. Tax havens have joined up. Even China and Russia are getting on board. To see which financial institutions are participating, see our post
Canada has violated the charter rights of nearly a million Canadians by agreeing to share their financial details with authorities in the United States, two Ontario women allege in a new lawsuit. Gwen Deegan of Toronto and Ginny Hillis of Windsor, Ont., have launched a claim against the Attorney General of Canada.

In it, they accuse Ottawa of breaching the Constitution by complying with a sweeping new American tax fraud law, known as the Foreign Account Tax Compliance Act. Under the terms of the legislation that took effect last month, banks must share all personal and joint account details of anyone deemed to be a “U.S. person.” This includes American citizens and people born in the U.S., even those with no existing ties to the country.

In Canada, financial institutions must share relevant account holder details, including personal details and financial balances, with the Canada Revenue Agency. The CRA will in turn pass that information along to the U.S. Internal Revenue Service.

Hillis and Deegan, both of whom were born in the U.S. but have lived in Canada since the age of 5, claim Canada is exposing them and others in similar circumstances to unfair tax penalties and privacy violations by complying with FATCA.

"My own Canadian government has betrayed me," said Gwendolyn Louise Deegan, 52, a Toronto resident and owner of a graphics-design business who is one of two plaintiffs named in the suit.

The suit is funded by the Alliance for the Defence of Canadian Sovereignty and names Canada's attorney general as the defendant.

“It’s the account information itself that would be relayed by CRA to the IRS, so indirectly all parties are facing the same issue,” he said. “The non-U.S. person would presumably not have any potential liability to the U.S., but nevertheless, they would have the intrusion of their privacy.”

The lawsuit is arguing that the federal government has breached the Charter of Rights and Freedoms in three ways:


“There’s a distinction drawn in the law between Canadian citizens who fall within this definition of a U.S. person and other Canadian citizens, in that the first class of people have this intrusion into their privacy and the other class will not,” he said. “That differential treatment of Canadian citizens, we say, is discriminatory.”


This lawsuit is accompanied by a separate submission of a complaint to the United Nations, by concerned citizens worldwide, that the unique U.S. style ‘place of birth taxation’, for which FATCA is an enforcement tool, violates fundamental human rights. Who is funding this? The Alliance for the Defense of Canadian Sovereignty (ADCS), though it appears donations are coming from many.
"The government is confident that the legislation in question [which implements the agreement] is constitutionally valid," said a spokesperson for the Canadian Department of Finance. "The government is prepared to defend the legislation in court."


Last month, a spokesman for Canada's Finance Department, which sets bank regulations, said Canada obtained "a number of concessions" as part of the agreement with the U.S. One key win was the exemption of registered retirement-savings plans, or the Canadian equivalent of the U.S. 401(k). See our post Canada Limits Model I FATCA Agreement.


Foreign banks that fail to comply with FATCA face a 30% withholding tax
on any payments from U.S. sources to the banks or their account holders. 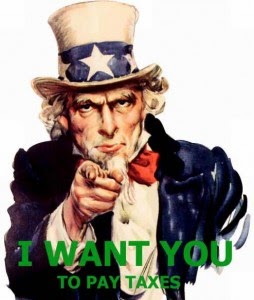 The effort has also affected middle-class Americans living overseas. U.S. tax law currently exempts up to about $100,000 of income earned abroad, but Washington has stepped up enforcement of a requirement that Americans report foreign accounts to the U.S. government. Under Fatca, foreign banks and financial institutions are also required to disclose information about U.S. customers.

Amid the crackdown, US Expatriation Increased At a Record Pace in 2014! Canada is home to one of the largest populations of Americans living abroad, with an estimated one million residents holding U.S. citizenship. 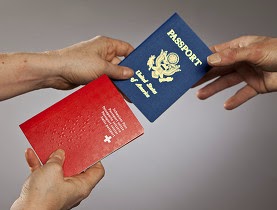 Are You A US Citizen living in Canada?
Do You Have Foreign Income Not Reported to the IRS?