We orginally posted on Tuesday, May 8, 2012, Swiss bank Pictet gave data to U.S. in tax probe regarding Swiss bank Pictet statement that it handed over bank account details to U.S. authorities probing cases of tax evasion, as a newspaper reported it had accepted funds from two former UBS clients suspected of having cheated on taxes. 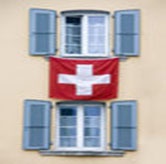 Now Pictet & Cie., Switzerland’s biggest closely held bank, said its wealth-management business with American clients is the subject of a “general inquiry” by the U.S. Department of Justice. Pictet plans to cooperate “as fully as possible” with the U.S. authorities, the Geneva-based private bank said in a statement yesterday.

Pictet reported the DOJ inquiry after Der Sonntag newspaper yesterday said the wealth manager and Bank Frey have been added to a probe of 11 other Swiss financial firms.
Pictet, which manages 281 billion Swiss francs ($302 billion) for clients worldwide, said in May it wasn’t under investigation by the DOJ after an indictment of three Americans in Phoenix last year showed the bank was used to set up secret accounts not reported to the IRS.
The Swiss Financial Market Supervisory Authority, known as Finma, has communicated with Pictet and Bank Frey regarding data delivery to the U.S., according to Der Sonntag.

Unreported Income from Swiss or Other Foreign Banks?