Due to the exceptional economic downturn that the country has experienced, the number of struggling taxpayers who are unable to pay in full the taxes they owe has increased dramatically.

One of the methods available to such distressed taxpayers is to enter into what is known as an Offer in Compromise (“OIC”) with the Internal Revenue Service (“IRS”). If the offer is ultimately agreed to by the taxpayer and the IRS, the amount agreed upon which is less than the total outstanding debt, once paid, would be deemed to be a 100% satisfaction of the outstanding liability. In order to have an OIC considered, the taxpayer must be able to demonstrate one of three things:


1. Doubt as to collectibility of the total of the amount of tax outstanding — i.e, doubt exists that you could pay the full amount of the tax owed;


2. Doubt as to the legal liability to pay— ie., doubt exists that the assessed tax is correct; or


3. Effective tax administration — i.e., the tax is correct and can be collected, but exceptional circumstances exist. The taxpayer must be able to show that collection of the tax would create an economic hardship or would be unfair and inequitable.


For this post we will discuss only the “doubt as to collectibility” reason for submitting an OIC, since this is the most prevalent type of case for which an OIC is submitted.

In most such cases, the taxpayer requests and Offer based on the fact that they did not have the funds available to them to satisfy the tax liability in full and it would be extremely difficult and create a hardship to use the available funds to pay the tax liability and likely result in the inability to pay their living expenses. 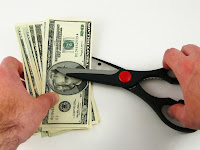 Historically the percentage of OICs that were ultimately finalized and accepted was about 25%.

Recently however, the number of OIC’s that have been accepted by the IRS has increased from roughly 25% to 33% of the OIC’s submitted,

On May 21, 2012 the IRS announced in IR-2012-53 an expansion of its “Fresh Start” initiative by offering more flexible terms to its OIC Program.
The greater number of successful OIC’s appears to result from a major change in the financial analysis used by the IRS to determine if the taxpayers qualify for an OIC. The IRS recognized that many taxpayers are still struggling to pay their bills, so the agency is working to put in place common-sense changes to the OIC program to more closely reflect real world situations.
"This phase of Fresh Start will assist some taxpayers who have faced the most financial hardship in recent years," said IRS Commissioner Doug Shulman. "It is part of our multiyear effort to help taxpayers who are struggling to make ends meet."

Today’s announcement focuses on the financial analysis used to determine which taxpayers qualify for an OIC. This announcement also enables some taxpayers to resolve their tax problems in as little as two years compared to four or five years in the past.
In certain circumstances, the changes announced today include: 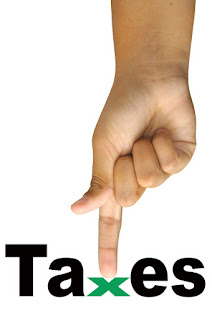 The IRS recognizes that many taxpayers are still struggling to pay their bills so the agency has been working to put in place common-sense changes to the OIC program to more closely reflect real-world situations.