US Taxpayers Living in Mexico - This is Your Last Chance To Report your Offshore Account!

We previoustly posted More Swiss Bank Files Being Transferred to the IRS! - where we discussed that Credit Suisse AG has handed over more internal documents to U.S. authorities. 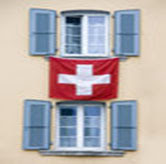 So if you are US taxpayer, living in Mexico, who had an account with one of theses Swiss Banks and you have not made a voluntary disclosure, YOU ARE ABOUT TO BE DISCOVERED!

If you are a US Person Living in Mexico and have Unreported Income From Swiss Banks, contact the Tax Lawyers at Marini & Associates, P.A. for a FREE Tax Consultation at www.TaxAid.us or www.TaxLaw.ms or Toll Free at 888-8TaxAid (888 882-9243).
Posted by Ronald A. Marini, Esq. at 8:09 AM