The U.S. Supreme Court on October 9, 2012, declined to step into a controversy over state taxation of the longtime practice of classroom catalog sales of books to students.


The justices declined to hear an appeal from Scholastic Book Clubs Inc., a unit of New York City-based educational publisher Scholastic Inc., over some $3.3 million in back sales taxes charged by the state of Connecticut covering a period from 1995 to 2005.


Tax authorities in the state, backed by the Connecticut Supreme Court, ruled that teachers serve as in-state "representatives" of Scholastic when they take monthly orders from their students for books such as the "Firefly" series for young readers, the Diary of a Wimpy Kid books, or The Hunger Games Trilogy.

Under the U.S. Supreme Court's precedents, states may require out-of-state sellers such as mail-order companies (and more recently Web retailers) to collect sales or use taxes only when the seller has a physical presence in that state, such as a "small sales force, plant, or office," as one key case put it.


It is clear that Connecticut schoolteachers provide the substantial nexus required under the U.S. Constitution's commerce clause to permit imposition of the taxes at issue," the Connecticut Supreme Court said in a unanimous decision in March. "The nature of the program necessarily places the teachers in a position in which they are functioning in much the same way as salesmen, in that they are bringing the Scholastic's products to the attention of the students and are providing them with the means to order, pay for, and receive delivery of those products. Moreover, the teachers derive benefits from the program because they earn bonus points that enable them to purchase other items of value from Scholastic's catalog. 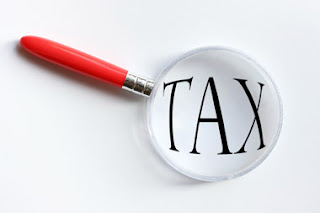 In its appeal to the Supreme Court, Jefferson City, Mo.-based Scholastic Book Clubs Inc. said it has been selling books by mail order to teachers and students in Connecticut for more than 60 years without having to collect the state's use tax.
"In following this practice, Scholastic relied on a long line of United States Supreme Court decisions holding that a remote seller must have a physical presence in a state before use tax obligations can be imposed," the company said. Scholastic faces a "crazy quilt" of differing tax obligations among the states based on conflicting legal decisions about whether the role of teachers in the classroom sales constitutes a physical presence for the company, it said.
By Scholastic's own choice—not the state's or the teachers'—teachers in Connecticut perform all tasks related to Scholastic's in-state marketing, distribution, administration, and consumer relations," the state's brief said.  In fact, virtually the only thing teachers do not do for Scholastic is collect the sales and use tax, which is indisputably due on every transaction.


The justices declined without comment to hear the appeal in Scholastic Book Clubs Inc. v. ConnecticutCommissioner of Revenue Services (Case No. 11-1532).