Law Firm That Issued Opinion on "Abusive Tax Shelter," may be Subject to RICO.

The U.S. Court of Appeals for the Sixth Circuit Sept. 19 reinstated racketeering and misrepresentation claims against a law firm that allegedly provided incomplete and misleading opinion letters about the tax consequences of a welfare benefit plan ultimately found to be an abusive tax shelter (Ouwinga v. Benistar 419 Plan Services Inc., 6th Cir., No. 10-2531, 9/19/12).

The complaint plausibly alleged civil claims against the firm under the Racketeer Influenced and Corrupt Organizations Act--which authorizes treble damage awards to victorious plaintiffs, the court decided in an opinion by Judge Jane B. Stranch. It also found that the plaintiffs plausibly alleged the plaintiffs' reliance on the opinion letters as needed for them to pursue their misrepresentation claim.

Stephen Ouwinga and others filed a class action against various parties in connection with the nationwide marketing and selling of the Benistar 419 Plan, a purported tax-deductible welfare benefit plan.


The plaintiffs allege that the lawyers created opinion letters falsely promoting an investment scheme as a tax-saving device. Two of the defendants are Edwards Angell Palmer & Dodge LLP and attorney John H. Reid III. The plaintiffs assert that their decisions about the plan were partly based on a legal opinion that Reid issued in 1998, which was included in the marketing materials for the plan, and three opinions that Reid issued in 2003.

The plaintiffs terminated the plan in 2006. The IRS ultimately disallowed deductions related to the plan, which it held to be an “abusive tax shelter,” and assessed taxes, interest, and penalties. 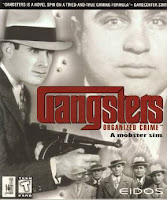 The complaint alleges racketeering claims based on mail and wire fraud under 18 U.S.C. §1962(c), which makes it unlawful to conduct or participate in the affairs of an enterprise through a pattern of racketeering activity, and a RICO conspiracy (18 U.S.C. 1962(d)). It also alleges the tort of misrepresentation against all the defendants, along with an assortment of other state law claims against various defendants besides Edwards Angell and Reid.

The trial court dismissed the entire complaint. It found that the plaintiffs failed to sufficiently plead certain elements of a valid RICO claim, and that various disclosures and disclaimers doomed the plaintiffs' state law claims.

Construing the complaint in the light most favorable to the plaintiffs, the court determined that it stated viable RICO and misrepresentation claims against Edwards Angell and Reid.

Under RICO, a person who is a member of an enterprise that has committed any two of 35 crimes—27 federal crimes and 8 state crimes—within a 10-year period can be charged with racketeering. Those found guilty of racketeering can be fined up to $25,000 and sentenced to 20 years in prison per racketeering count.

In addition, the racketeer must forfeit all ill-gotten gains and interest in any business gained through a pattern of "racketeering activity." RICO also permits a private individual harmed by the actions of such an enterprise to file a civil suit; if successful, the individual can collect treble damages.

Under the law, the meaning of racketeering activity is set out at 18 U.S.C. § 1961. As currently amended it includes:
Regarding the RICO claims against Edwards Angell and Reid, the district court viewed the complaint as alleging that they merely rendered traditional legal services and did not participate in any affairs beyond the operation of their own business.

The appeals court didn't see it that way. The complaint alleged that the lawyer defendants carried out the directions of the Benistar entities by providing allegedly incomplete and misleading legal opinions, all the while knowing that contributions to the plan were not likely to be allowed as deductions, the court said.

Although the lawyer defendants provided the opinion letters to their client Benistar, the court said, the plaintiffs alleged the lawyers knew the purpose of the plan was to falsely represent tax benefits, knew of IRS warnings that these types of plans would not qualify for deductions, and created their opinion letters for the purpose of falsely promoting the plan as a tax-saving device to potential investors.

The complaint plausibly alleged that the lawyer defendants participated in the enterprise's affairs and not merely their own, the court concluded.

It also found that the complaint adequately alleged a pattern of racketeering activity sufficient to withstand a motion to dismiss. The similarity of the opinion issued in 1998 and those issued in 2003 can plausibly indicate, the court said, that the lawyer defendants participated in the fraudulent enterprise over that entire period.