This case is before the Court on petitioner's motion for summary judgment, filed pursuant to Rule 121, to which respondent objects.

The Court previously held in BLAK Invs. v. Commissioner, 133 T.C. 431 (2009) (prior Opinion), that the period of limitations for assessment of tax resulting from the adjustment of partnership items with respect to the transaction at issue is open for the year 2001 under section 6501(c)(10).


Subsequently, petitioner stipulated that "BLAK Investments was a sham, lacked economic substance, and was formed and/or availed of to claim deductions of artificial losses solely for tax purposes" and conceded that a 20% accuracy-related penalty under section 6662(a) applies to the entire underpayment of tax resulting from the transaction. 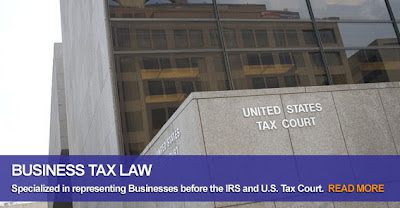 The sole issue remaining for decision is whether petitioner is liable for the higher 40% penalty rate for a gross valuation misstatement under section 6662(h).

The Court has held that when the Commissioner asserts a ground unrelated to value or basis of property for totally disallowing a deduction or credit and a taxpayer concedes the deduction or credit on that unrelated ground, any underpayment resulting from the concession is not attributable to a gross valuation misstatement. See McCrary v. Commissioner, 92 T.C. 827, 851-856 (1989). Petitioner conceded the deductions on the grounds that BLAK Investments is a sham and lacks economic substance—grounds unrelated to the value or basis of the Treasury notes, foreign currency, or any other property in the transaction.
Nonetheless, it has long been the Court's view that the gross valuation misstatement penalty does apply when the Court determines that an underpayment stems from deductions or credits that are disallowed because a transaction lacks economic substance or a participant is a sham. See Petaluma FX Partners, LLC v. Commissioner, 131 T.C. 84, 104-105 (2008), aff'd in pertinent part, rev'd in part and remanded, 591 F.3d 649 (D.C. Cir. 2010).
The Courts of Appeals are split on this issue. The Courts of Appeals for the First, Second, Third, Fourth, Sixth, and Eighth Circuits have affirmed the imposition of the valuation overstatement or misstatement penalty where the underpayment results from a sham transaction lacking economic substance. On the contrary, the Courts of Appeals for the Fifth and Ninth Circuits hold that when a deduction or credit is disallowed in full, the resulting underpayment is not attributable to a valuation overstatement.
The Court concluded that the Repondant's arguments were moot, irrelevant, or without merit. To reflect the foregoing, the Court Granted the Petitionier's request fot a summary judgement, finding that the petitioner was not liable for the higher 40 percent penalty rate for a gross valuation misstatement under Internal Revenue Code Section 6662(h).

IRS not agree with you interpretation of the Statute of Limitations, contact the Tax Lawyers at Marini & Associates, P.A. for a FREE Tax Consultation at www.TaxAid.us or www.TaxLaw.ms or Toll Free at 888-8TaxAid (888 882-9243).