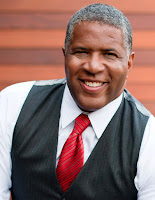 According to the DoJ, Robert F. Smith, the Chairman and Chief Executive Officer of a San Francisco based private equity company, Vista Equity Partners, entered into a Non-Prosecution Agreement (the agreement) with the Department of Justice, for his involvement from 2000 through 2015 in an illegal scheme to conceal income and evade millions in taxes by using an offshore trust structure and offshore bank accounts. In that agreement, Smith admits his involvement in the illegal scheme and agrees to cooperate with ongoing investigations and to pay back taxes and penalties and full.

This may be a part of a Voluntary Disclosure, which should prevent him from being federally prosecuted and from jail time?

“It is never too late to do the right thing,” said U.S. Attorney Anderson. “It is never too late to tell the truth. Smith committed serious crimes, but he also agreed to cooperate. Smith’s agreement to cooperate has put him on a path away from indictment.” Could this have been part of a Voluntary Disclosure, which would prevent him from being federally prosecuted and from jail time?

According to the agreement,

Smith admits that he formed these foreign entities in order to use them to avoid the payment of U.S. taxes. Furthermore, Smith admits that he knowingly and intentionally used the Excelsior Trust and Flash Holdings and their associated foreign bank accounts in the British Virgin Islands and Switzerland to conceal from the IRS, and the U.S. Treasury Department, income earned and distributed to Flash Holdings from private equity funds.

As a result of the overall scheme,

Over the years, Smith used millions of this unreported income to acquire and make improvements to real estate used for his personal benefit. Under the terms of the agreement, Smith has agreed to continue cooperating with the Department of Justice in other related investigations. Further, Smith has agreed to pay approximately $56 million in taxes and penalties stemming from the unreported income and another $82 million in penalties stemming from his concealment of his offshore bank accounts.
Taken altogether, Smith will pay more than $139 million in taxes and penalties. Additionally, Smith agrees to abandon his protective claims for a refund totaling approximately $182 million that were filed with the IRS. The protective refund claims consisted, in part, of claims filed with the IRS for charitable contribution deductions on Sept. 21, 2018, and Oct. 11, 2019. As a result of the agreement, Smith shall take no further direct or indirect tax benefit from such claims.
Do You Have Undeclared (Offshore) Income ?

Want to Know if which Voluntary Disclosure
Program is Right for You?