The IRS Criminally Prosecutes Yet Another Employer For Failure To Pay Withheld Payroll Taxes! 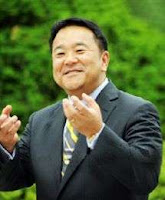 On October 29, 2019 we posted The IRS is Now Criminally Prosecuting Employers For Failure To Pay Withheld Payroll Taxes! where we discussed that the IRS is stepping up criminally prosecuting business owners for failing to turn over withheld payroll taxes.

Again on October 7, 2020 we again posted The IRS Criminally Prosecutes Another Employer For Failure To Pay Withheld Payroll Taxes! where we discussed that Rebecca Adams, 57, and her daughter Elizabeth Wood, 40, operated a temporary staffing businesses in Greensboro under the names A & R Staffing Solutions Inc., Wood Executive Services Inc., and Adams Staffing Enterprises Inc. and that the owner of a Greensboro, North Carolina, business owner was sentenced to 42 months in prison on October 6, 2020 for failing to pay employment taxes and now according to the DoJ, a Potomac, Maryland, owner of companies providing food services in government buildings was sentenced to 21 months imprisonment for not paying more than $10 million in employment and sales tax. 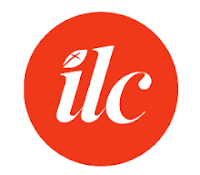 As president and operator of the companies, Choi was responsible for collecting and paying employment taxes to the IRS.

Notwithstanding these obligations, and civil collection efforts from the IRS, from 2012 through 2015, Choi collected tax withholdings from his employees’ wages, but did not pay over $4.4 million in employment taxes.

During the same period, Choi also did not pay more than $6.2 million in sales taxes to the D.C. Office of Tax and Revenue.

Rather than pay the sales and employment taxes, from 2011 through 2015, Choi directed his companies to pay millions of dollars in other expenditures, including over $1 million in personal salary, personal donations, and cash advances.

“As an employer, Choi had a legal obligation to pay over the money withheld for taxes on behalf of his employees,” said IRS-Criminal Investigation (CI) Special Agent in Charge Kelly R. Jackson.

“CI Will Continue To Investigate Those Who Choose To
Utilize Their Companies’ Payroll Tax Withholdings
For Their Personal Benefit.”