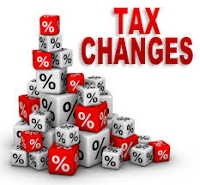 While the name of the 2017 Tax Act was "Tax Cuts and Jobs Act," it doesn't appear like the corporate tax cuts are creating many US Jobs.

The Tax Cuts and Jobs Act was supposed to spur hiring and investment at companies as the maximum corporate tax rate was slashed from 35 to 21 percent, according to Republican proponents. But Democrats point to evidence that many major corporations are instead using the savings to buy back their own stock.

Major corporations have authorized $200 billion in share buybacks in the two months since the passage of the new tax law while more than 55,000 American workers have been laid off, according to Senate Democrats. Democrats slam Republican tax cut for $97 billion wave in corporate share buybacks.

“These numbers prove that the bulk of the savings from this bill aren’t trickling down into higher wages, but into bigger gains for giant corporations and the wealthy,” said Senate Minority Leader Chuck Schumer, D-N.Y., in a statement.

Cisco Systems, for example, announced plans this month to buy back $25 billion in shares, while Wells Fargo said in January it would buy back 350 million shares, valued at $22.5 billion. According to a survey of Morgan Stanley analysts, only 13 percent of tax cut savings will go towards worker compensation, while 43 percent will go to wealthy shareholders and executives via buybacks and dividends. To date, corporations have spent more than 30 times as much on buybacks alone as on bonuses and pay raises.

“Just a few hours ago, corporations crossed the $200 billion mark in stock buybacks this year,” said Sen. Ron Wyden, D-Ore., the ranking Democrat on the Senate Finance Committee, on the Senate floor Wednesday. “Stock buybacks are windfalls that drive up the value of investment portfolios for CEOs and high-flyers. And they’re coming in at a rate 30 times greater than worker bonuses—30 to one! They’re on pace to double the amount from the first quarter of last year.”

He pointed out that the wealthiest 10 percent of earners own 84 percent of all the stock held by Americans. “So when it comes to these buybacks, a huge majority of families are on the outside looking in,” said Wyden. “Moms and dads balancing the rent, the grocery bill, the cost of gas and electricity, they don’t get much of anything out of a corporate handout that gets swallowed up by windfalls for big-time investors.”


Republicans counter that they are hearing from constituents that they are using the tax cuts to increase hiring and investment in their businesses.

“I also got to spend time with local businesses in Wisconsin last week, learning about how the tax reform law is making them better and making them much more competitive. It’s really something,” said House Speaker Paul Ryan, R-Wis., during a press conference Tuesday.

“These small businesses told me that tax reform is enabling them to increase capital investments in their people, in their equipment, in their training. I’ve talked to many business leaders, small businesses who are now confident they can go take a risk and expand employees, expand operations, giving bonuses, giving raises, adding to the benefits. This is what area are seeing all over the country. Wages for hardworking Americans are increasing and paychecks are getting bigger. And this is all thanks to tax reform, and people are actually noticing it.”


Confused on How These Tax Cuts Can Benefit You!