On October 30, 2017 we posted Ex-Trump Campaign Chair Charged With Conspiracy Against US and Offshore Account Violations! 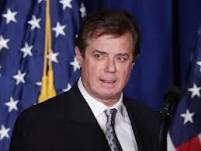 President Donald Trump's former campaign chairman, Paul Manafort, and an alleged co-conspirator have been indicted on charges of conspiracy against the United States, money laundering and bank records charges tied to close to a decade of secret lobbying on behalf of Russia-associated Ukrainian officials.

The charges against Manafort, Trump’s former campaign chairman, and Gates, a business associate, include:


Mueller, a former FBI director who has been investigating reports of Russian tampering in the 2016 presidential election since May, laid the first charges against Manafort and Gates in October in the District of Columbia, accusing them of having channeled millions of dollars through overseas bank accounts and using the funds to buy prime real estate and luxury cars in the U.S.

The latest 37-page indictment, with new accusations of bank fraud and filing false tax returns, was returned by a grand jury in Virginia since that is where the crimes are alleged to have taken place, according to a status report that Mueller filed in federal court.

The charges lay out a complex scheme involving offshore shell companies to allege money laundering and banking and tax crimes. Manafort laundered more than $18 million in income that was concealed from the U.S. Department of the Treasury, and Gates transferred more than $3 million from the offshore accounts to other accounts that he controlled, according to the October indictment.


“Manafort used his hidden overseas wealth to enjoy a lavish lifestyle in the United States, without paying taxes on that income,” the indictment says. 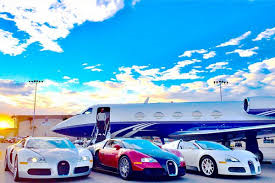 “In furtherance of the scheme, Gates used millions of dollars from these offshore accounts to pay for his personal expenses, including his mortgage, children’s tuition, and interior decorating and refinancing of his Virginia residence.”

A total of more than $75 million is alleged to have flowed through offshore accounts, with more than $33 million remaining hidden from the U.S. government.

Both Gates and Manafort have pled not guilty to the charges laid in October, and Manafort has filed a civil suit of his own alleging that the U.S. Department of Justice broke the law by giving Mueller an overly broad authority to investigate the Russia matter.

Jason Maloni, president of the crisis public relations firm JadeRoq LLC, issued a statement on behalf of Manafort saying that his client was “innocent of the allegations” in the newly filed indictment.

“The new allegations against Mr. Manafort, once again, have nothing to do with Russia and 2016 election interference/collusion. Mr. Manafort is confident that he will be acquitted and violations of his constitutional rights will be remedied,” Maloni said.

The special counsel investigation led by Mueller continues to roil the White House, especially since the December guilty plea of former national security adviser Michael Flynn, who copped to lying to the FBI.

Last week, a D.C. federal judge expressed impatience with snags in setting a trial date for Manafort and Gates and also the extent to which the criminal case has so far been kept under wraps.

Eager for prosecutors to lay out their case to the defendants, Judge Jackson noted that Gates and Manafort face significant penalties that could include years in prison. But she expressed skepticism at a special counsel proposal to set a trial date with eight weeks’ notice, which she said may not give the defendants adequate time to prepare for a pretrial conference.

Judge Jackson also challenged the extent to which documents have been filed under seal in the case and said that there should be more public access.

The government is represented by Kyle R. Freeny, Andrew Weissmann and Greg D. Andres of the Special Counsel's Office in the U.S. Department of Justice.

Manafort is represented by Kevin Downing and Thomas Zehnle.

Gates is represented by Thomas C. Green of Sidley Austin LLP. He has also been represented so far by Shanlon Wu of Wu Grohovsky & Whipple PLLC, Walter Mack of Doar Rieck Kaley & Mack and Annemarie McAvoy of McAvoy Consulting LLC.

The case filed in Virginia is USA v. Manafort et al., case number 1:18-cr-00083, in the U.S. District Court for the Eastern District of Virginia.