The Tax Court has ruled that a Chinese citizen who had lived in the U.S. and filed a 2005 U.S. return as a resident alien, then filed an amended 2005 return, then, in 2009, received a 2005 refund and interest on that refund, was neither a Chinese resident nor a nonresident alien in 2009 and therefore was subject to tax on the interest income at regular U.S. graduated rates.

Article 4 of the treaty provides that the term "resident of a Contracting State" means any person who, under the laws of that Contracting State, is liable for tax therein by reason of his domicile, residence, place of head office, place of incorporation or any other criterion of a similar nature.

In 2008, Shi prepared Form 1040X, Amended U.S. Individual Income Tax Return, for his 2005 tax year. On it, he indicated that he was entitled to exclude all of his wages under a provision of the treaty. He disclosed that he was a resident alien because he met the substantial presence test in 2005; such status was a requirement to qualify for that treaty provision. 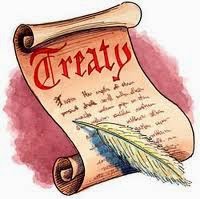 Taxpayer doesn't qualify for the 10% tax rate in the treaty.
(No Surprise Here!)

Looking at the above mentioned treaty provisions, the Court concluded that, for Shi to benefit from the treaty, he must be considered a resident of China as defined by the treaty.

Taxpayer doesn't qualify to be taxed as a nonresident alien.

The question of whether Shi was a nonresident alien came down to the second of the three above tests under Code Sec. 7701(b)(1)(A), i.e., the substantial presence test.

IRS argued that Shi was physically present in the U.S. during all of the 2008-09 and 2009-10 academic years because he was employed as a professor in Wisconsin. Respondent asserted, therefore, that Shi was in the U.S. for more than 183 days in 2009 alone and met the substantial presence test.

The Court said that the preponderance of evidence offered was that Shi was present in the U.S. from '99 to sometime in 2012. Shi's speculations to the contrary were weak and suspect.

The Court said that the significance of his declarations in his 2005 tax return, to the issue at hand, was that once Shi became a resident of the U.S., he remained a resident until he actually departed from the U.S. in 2012. Shi's having filed Form 1040 instead of Form 1040NR for his 2009 tax year showed his understanding that he retained his resident status.

What if Mr. Shi Came To Teach at The
Same Universities Pursuant To a J-1 Visa?

Now had he come to the US pursuant to a J-1 visa he may not have been a US Resident Alien pursuant to the "Physical Presence Test," since he would be an "Exempt Individual" pursuant to IRC Sec. 7701(b)(5).