Are You A Credit Suisse Client? You May Want to Make Your Voluntary Disclosure NOW!

We previously posted on Monday, March 10, 2014, U.S.Client of Credit Suisse? Last Chance To File A Voluntary Disclosure! where we discussed that Thousands of Credit Suisse Group AG’s U.S. clients still don’t know whether tax authorities will learn their identities as prosecutors work to conclude a three year probe of how the bank helped them evade taxes.

The Swiss disclosure program will lead to 106 banks’ producing information short of client names. We posted on January 28, 2014, Offshore Swiss Bank Account? This May Be Your Last Chance To File A Voluntary Disclosure! where we discussed that the United States Justice Department has received 106 requests from Swiss entities to participate in a US settlement program.

That post also discussed that Credit Suisse, Switzerland's second largest bank, is close to reaching its own settlement with the US DOJ. Credit Suisse is one of the 13 banks excluded from the US DOJ amnesty because it was already being investigated when he program was announced, but it is still free to negotiate its own non-prosecution deal.

Credit Suisse will have to disclose a great deal of information about its American clients, even including some of their names.


Now the US Government made the announced on Wednesday, March 12, 2014, that a former Credit Suisse Banker, Andreas Bachmann, pleaded guilty to conspiring to defraud the Internal Revenue Service (IRS) in connection with his work as a banking and investment adviser for U.S. customers.

Mr. Bachmann is 56 years old and a Swiss citizen. He and 6 other Credit Suisse bankers were indicted in 2011 on a charge that they helped U.S. clients hide $4 billion in assets from the IRS.

This “plea is just the latest step in our wide-ranging investigations into Swiss banking activities and demonstrates the Department of Justice's commitment to global enforcement against those that facilitate offshore tax evasion,” said Deputy Attorney General Cole.  “We fully expect additional developments over the course of the coming months.”

Bachmann was charged in a one-count superseding indictment on July 21, 2011, and faces a maximum penalty of five years in prison when he is sentenced on Aug. 8, 2014.

You have to wonder how many US Clients and other Swiss Bankers & Advisers he blew the whistle on, in order to come up with such a lenient charge?

In a statement of facts filed with the plea agreement, Bachmann admitted that between 1994 and 2006, while working as a relationship manager in Switzerland for a subsidiary of an international bank, he engaged in a wide-ranging conspiracy to aid and assist U.S. customers in evading their income taxes by concealing assets and income in secret Swiss bank accounts.

As part of that conspiracy, Bachmann traveled to the United States twice each year to provide banking services and investment advice to his U.S. customers.  As a matter of practice, prior to traveling to the United States, Bachmann notified his executive management, including the head of the subsidiary’s private bank in Zurich and the chief executive officer of the subsidiary, of the planned trip and its objectives.

Although Bachmann had been informed of limitations under U.S. law on his ability to provide investment advice to U.S. account holders regarding U.S. securities, the highest ranking executive at the subsidiary was aware that Bachmann was violating U.S. law.  According to the statement of facts, Bachmann was effectively told by the chief executive officer for the subsidiary, “Mr. Bachmann, you know what we expect of you, don’t get caught.”

According to the statement of facts, Bachmann also engaged in cash transactions while traveling in the United States.  In the course of arranging meetings with U.S. customers, some clients would request that Bachmann either provide them with cash as withdrawals from their undeclared accounts or take cash from them as a deposit to their undeclared accounts.  As part of that process, Bachmann agreed to receive cash from U.S. customers and used that cash to pay withdrawals to other U.S. clients.  In one instance, Bachmann received $50,000 in cash from one U.S. customer in New York City and intended to deliver the money to another U.S. client in Southern Florida.  Airport officials in New York discovered the cash but let Bachmann keep the money after questioning him.  The client in Florida refused to take the money after the client learned about the questioning by New York airport officials, and Bachmann returned to Switzerland with the $50,000 in cash in his checked baggage.  Bachmann advised the executive management of the subsidiary about the incident with the cash.

Bachmann also understood that a number of his U.S. customers concealed their ownership and control of foreign financial accounts by holding those accounts in the names of nominee tax haven entities, or structures, which were frequently created in the form of foreign partnerships, trusts, corporations or foundations.

US taxpayers who have undeclared accounts in Credit Suisse or other Swiss banks, may now want to consider applying for the US Offshore Voluntary Disclosure Program (OVDP), which sets a limit to the penalties imposed on them by the Internal Revenue Service (IRS) for failing to declare foreign assets and earnings.
Once either:
the OVDP election is no longer available to that account holder!!!
Taxpayers Who Wish To Take Advantage
Of The OVDP Must Act Quickly! 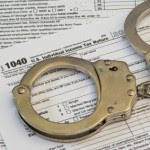