Weil Ex-UBS Chief Pleads Not Guilty to US Tax Charges -- Are You Kidding Me?

We previously posted on December 16, 2013, The 2nd Ex-UBS Banker is About to Blow The Whistle on His US Clients! where we discussed that the former head of UBS's wealth management division, Raoul Weil, has agreed to be extradited to the US to face charges and U.S. Magistrate Judge Patrick Hunt agreed to let Weil stay with friends in New Jersey after putting up the bond, which included $9 million in a personal surety by Weil, $500,000 from the New Jersey family and the other $1 million a corporate surety bond signed with a bail bondsman.
US authorities issued an international arrest warrant for Weil in early 2009, just months after he was charged with allegedly conspiring to help 17,000 American clients of Swiss bank UBS avoid taxes.

We also discussed that another UBS Banker, Bradley Birkenfeld (See our post:IRS awash in whistleblowers after $104M payout!) who became a whistle blower and was awarded a $104 million reward from the U.S. Internal Revenue Service and this may happen all over again, now that Raoul Weil is facing trial in the U.S.


Well it now appears fairly obvious that he has Cut A Deal with the IRS, since a Florida judge granted him $10.5 million bail on December 16, 2013. He did not enter a plea and his arraignment was postponed until January 7.

Weil's appearance in federal court in Fort Lauderdale on Tuesday January 7, was his second since he was extradited from Italy last month. He was granted a $10.5 million bond, pending his arraignment at his first court hearing on December 16.

Lawyers for UBS whistleblower Bradley Birkenfeld, the bank employee who revealed the tax fraud conspiracy to U.S. authorities in 2007, fear that Weil may be negotiating a "sweetheart deal" that would spare him a trial and cause him to reveal secret account holders and other bankers to avoid prosecution.

Birkenfeld worked directly under Weil when he headed UBS's former cross-border banking business, have been highly critical of what they often describe as the U.S. government's failure to prosecute UBS and some of its former top executives.


Birkenfeld, who knew the inner workings of UBS and spilled many secrets about his former employer's dealings with U.S. clients, won a record-setting $104 million reward from the U.S. Internal Revenue Service for exposing the UBS tax fraud conspiracy. On October 5, 2012, we posted IRS awash in whistleblowers after $104M payout! where we discussed that Bradley Birkenfeld's $104 million reward from the U.S. Internal Revenue Service set a record and has helped set off a rush of would-be imitators hoping to cash in on a government program to catch tax cheats.

Weil knows where all the skeletons are buried and has probably already made a deal to divulge who what he knows about his U.S. clients.


If convicted, Raoul Weil faces up to five years in prison for conspiracy to commit tax fraud. The judge ordered Weil be placed on a GPS monitoring system and surrender his passport.


Was This Guy Your Banker? 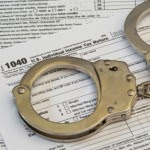