Criminal Exposure for Late Filing Even If Qualify under FAQs! 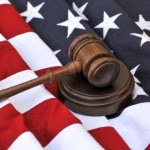 In a recent appellate case, US v. Simon, 7th Circuit Court of Appeals, August 15, 2013, the taxpayer filed required FBAR’s late, using the filing procedure allowed for late filings under the 2009 OVDI FAQ. Nonetheless, the court found that the FAQ relief from civil penalties was not a bar to the government asserting criminal penalties.


Thus, those doing late filings under the OVDI FAQs should not consider them necessarily safe from Criminal Prosecution.


James Simon is a Certified Public Accountant, a professor of accounting, and an entrepreneur whose business dealings require a flowchart to unravel. At the center of Simon’s financial life was JAS Partners, a Colorado limited partnership. Simon and his wife Denise each owned one percent of JAS Partners. The Simon Family Trust (hereafter “the Trust”), based in the Cook Islands, owned the other ninety eight‐percent. The Trust existed for the benefit of Simon, his wife and their children; the trustees were a Cook Islands corporation and a retired attorney.

In the case, the taxpayer did not qualify for using the late filing FAQ anyway, since not all offshore income had been reported timely. Nonetheless, it appears the court would still have allowed criminal liability even if the FAQ applied.
There were some bad facts that likely contributed to the government’s attitude, and possibly that of the court for example:

For tax years 2003 through 2006, the Simon family received approximately $1.8 million from JAS Partners, Elekta, JS Elekta, Ichua and William R. Simon Farms, Inc., most of this recorded as loans in Simon’s personal financial records. Simon and his family spent approximately $1.7 million during this same period of time. Yet Simon paid just $328 in income taxes for 2005, and claimed refunds for the other three years, at the same time pleading poverty to financial aid programs in order to gain need‐based scholarships for his children at private schools. The government charged Simon with:
In his defense, Simon sought to demonstrate that the money he received from various entities was loaned to him and thus was not taxable. Alternately, he characterized the money he received as partnership distributions that were not taxable because they did not exceed his basis in the partnership. At worst, he explained, he mischaracterized some of the transactions, but not in a manner that violated any criminal law.
The government contends that Simon was not eligible for either the Voluntary Disclosure Practice or the administrative relief set forth in the FAQs and the Notices. Second, the government asserts, the crime was complete when Simon did not file the three FBARs on June 30 of the year following each calendar year at issue.
The appeals court determined that both the FBAR counts and the false tax return counts would stand, there is no and there was no basis to challenge the remaining counts under Yates. The judgment of the district court was therefore affirmed.
Have Unreported Foreign Bank Accounts or Companies? 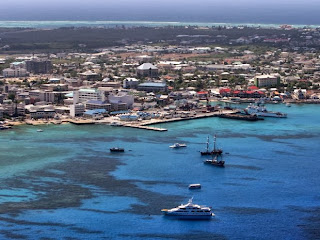