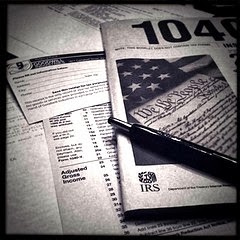 The Internal Revenue Service today announced a delay of approximately
one to two weeks to the start of the 2014 filing season to allow adequate time to program and test tax processing systems following the 16-day federal government closure.
The IRS is exploring options to shorten the expected delay and will announce a final decision on the start of the 2014 filing season in December, Acting IRS Commissioner Danny Werfel said. The original start date of the 2014 filing season was Jan. 21, and with a one- to two-week delay, the IRS would start accepting and processing 2013 individual tax returns no earlier than Jan. 28 and no later than Feb. 4.
The government closure came during the peak period for preparing IRS systems for the 2014 filing season. Programming, testing and deployment of more than 50 IRS systems is needed to handle processing of nearly 150 million tax returns. Updating these core systems is a complex, year-round process with the majority of the work beginning in the fall of each year.

The IRS will not process paper tax returns before the start date, which will be announced in December. There is no advantage to filing on paper before the opening date, and taxpayers will receive their tax refunds much faster by using e-file with direct deposit. The April 15 tax deadline is set by statute and will remain in place. However, the IRS reminds taxpayers that anyone can request an automatic six-month extension to file their tax return. The request is easily done with Form 4868, which can be filed electronically or on paper.

During the closure, the IRS received 400,000 pieces of correspondence, on top of the 1 million items already being processed before the shutdown.


Having Trouble Contacting the IRS?
Contact the Tax Lawyers at
Marini & Associates, P.A.