Was Raoul Weil the Ex-UBS Banker Your Banker?...You May Want to Contact M&A Immediately!

An Italian judge ruled on Tuesday, October 22, 2013, that Raoul Weil, the ex-UBS banker wanted in the United States over allegations of helping Americans dodge taxes, must remain in custody while awaiting possible extradition to the US.

The decision was handed down by a judge of the Court of Appeal in Bologna, where Weil, a Swiss citizen and former head of UBS's global wealth management business, was arrested by Italian police on Saturday. The 53 year-old banker was escorted in handcuffs into the court building by police officers to attend a closed-door hearing.

Weil was charged in the United States in November 2008 for conspiring to help 17,000 Americans hide assets worth $20 billion in Swiss bank accounts and declared a fugitive a few months later after failing to surrender to authorities.

As we discussed in our post Bradley Birkenfeld awarded $104 million (13% ) as UBS tax case whistleblower, another Ex-UBS Banker, Bradley Birkenfeld later became a whistleblower for the IRS.  He said he learned in 2005 that the UBS’s advice to clients was illegal, and after reporting it to the UBS compliance office to no avail, he decided to become a US government informant.


In February 2009, as a result of the information he gave U.S. authorities, the DOJ announced it had reached a deferred prosecution agreement with UBS that resulted in a $780 million fine and the release of previously privileged information on American tax evaders.


To settle the SEC’s complaint that it violated the Securities Exchange Act of 1934 and the Investment Advisers Act of 1940, UBS agreed to disgorge $200 million in profits and promised to end its cross-border business in the U.S. in accordance with the DPA.


On 11 September 2012, the IRS Whistleblower Office paid Birkenfeld a $104 million award for acting as a corporate whistleblower.


Weil, who is the subject of an international arrest warrant, checked in with his wife at the 'I Portici' hotel in central Bologna on Friday. The hotel, as is customary in Italy, passed on Weil's identity details to the local police, triggering an alert and prompting the police to arrest him early on Saturday. 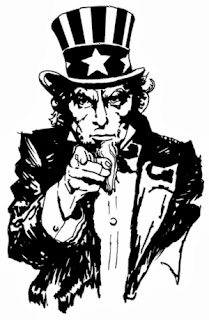 Italy has cooperated with the United States in the past except over crimes that carry the death penalty, which is banned in Italy. Under U.S. law a conviction for tax evasion may result in fines and imprisonment.

A UBS spokesman said on Monday Weil, who became the head of its global wealth management business in 2007 and sat on the bank's board, was discharged from his duties when he was indicted. He joined Reuss Private Group in 2010 as a consultant and became chief executive at the beginning of this year.
You can be certain, that once Raoul Weil is extradited to the United States, that as part of a plea deal, he will turn over:


who he helped avoid pay US Taxes; while he was at UBS or at Reuss Private Group!


Was Raoul Weil Your Banker?