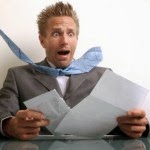 Numerous U.S. taxpayers with previously undisclosed interests in foreign financial accounts and assets continue to analyze and seek advice regarding the most appropriate methods of coming into compliance with their filing and reporting obligations.


Many are pursuing participation in the current IRS offshore voluntary disclosure program (the OVDP which began in 2012), modeled after similar programs in 2009 and 2011. Taxpayers participating in the ongoing 2012 OVDP generally agree:


4.      Pay an accuracy related penalty equivalent to 20 percent of any income tax deficiency and


5.      Pay an “FBAR-related” penalty (in lieu of all other potentially applicable penalties associated with a foreign financial account or entity) of 27.5 percent of the highest account value that existed at any time during the prior eight tax years.


The 2012 OVDP is ongoing and does not have a stated expiration date but it can be terminated by the IRS at any time either entirely or as to specific classes of taxpayers.
Despite various potential risks of not coming into compliance through the OVDP, some taxpayers choose to disclose their offshore accounts outside the OVDP.  We first posted that on Wednesday, June 5, 2013 IRS Cracks Down on "Quiet Disclosures" which discussed that the IRS is cracking down on so-called soft or "Quiet Disclosures." Then we posted on June 19, 2013 "Quite Disclosure" Caught - DOJ Files To Collect 50% FBAR Penalty! which discussed that on June 11, 2013, the U.S. government filed a Complaint to collect multiple civil FBAR penalties in the amount of $3,488,609.33 previously assessed against Carl R. Zwerner of Coral Gables, Florida for his alleged failure to timely report his financial interest in  a foreign bank account, as required by 31 U.S.C. § 5314 and its implementing regulations. See United States v. Carl R. Zwerner, Case # 1:13-cv-22082-CMA (SD Florida, June 11, 2013).

Are you one of the more than 10,000 taxpayers who according to a recent the U.S. GovernmentAccountability Office (GAO) report, taxpayers showed signs of having avoided offshore penalties by making “Quiet Disclosures” of foreign bank accounts for tax years 2003 through 2008, a period for which the IRS has detected several hundred quiet disclosures.

The IRS stated has previously stated that they will audit Taxpayers who file amended or late return with income from Foreign Bank Accounts and in FAQ #16.
Have Un-Reported Income from a Foreign Bank?

Want to Get Right with the IRS?