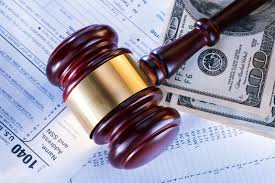 According the Law360, The IRS violated administrative law in issuing a notice requiring the disclosure of potentially abusive conservation easement transactions under threat of penalty, the U.S. Tax Court ruled on November 9, 2022, striking down the guidance and rejecting penalties the agency sought to impose on four North Carolina partnerships.In a 15-2 opinion, the Tax Court found that the Internal Revenue Service violated the public feedback requirements of the Administrative Procedure Act in issuing Notice 2017-10 , which flagged so-called syndicated conservation easements as "listed transactions" that are potentially abusive and required them to be disclosed to the agency. Contrary to arguments made by the IRS, Congress didn't permit the agency to skirt the APA's notice-and-comment requirements when issuing such listed transaction notices, the Tax Court said."We remain unconvinced that Congress expressly authorized the IRS to identify a syndicated conservation easement transaction as a listed transaction without the APA's notice-and-comment procedures, as it did in Notice 2017-10," the opinion said.
The Court Also Said It "Intends To Apply This Decision
Setting Aside Notice 2017-10 To The Benefit Of
All Similarly Situated Taxpayers Who Come Before Us."
In the case, the IRS disallowed conservation easement deductions, each exceeding $22 million, claimed by Green Valley Investors LLC, Vista Hill Investments LLC, Big Hill Partners LLC and Tick Creek Holdings LLC, saying they didn't meet statutory requirements. The agency also sought to assess penalties under Internal Revenue Code Section 6662A for their failure to properly disclose the transactions as required by Notice 2017-10. The agency has contended it didn't have to comply with the APA's comment requirements because the guidance is an interpretive rule that distills an agency's understanding of the law, rather than a legislative rule that essentially builds on existing law and creates new requirements.But even if the guidance is more akin to a legislative rule, the IRS has argued that Congress exempted the agency from complying with the APA requirements in issuing the notice by adopting the IRS' disclosure framework, according to the opinion. The agency pointed to the American Jobs Creation Act of 2004, which enacted Section 6662A after the IRS already had been identifying listed transactions with the potential for tax abuse, the Tax Court said.
The Tax Court Rejected Those Arguments, Finding That The Notice Is A Legislative Rule Because It Imposes Substantive Reporting Obligations On Taxpayers And Their Advisors,
With The Threat Of Penalties If They Don't Comply,
According To The Opinion.
And Congress didn't provide any exemption from the APA for the IRS when issuing Notice 2017-10, the Tax Court found. It specifically noted that IRC 6707A, which outlines penalties for listed transactions,  doesn't contain an explicit exemption from the APA's rules for the IRS, according to the opinion.Moreover, the Tax Court rejected the IRS' arguments that Congress adopted the agency's procedures for identifying listed transactions, thereby exempting it from the notice-and-comment requirements, in enacting a subsection of Section 6707A. It said it was likewise unconvinced that Congress essentially approved the process for identifying listed transactions when it later heightened the penalties for reporting failures."We cannot accept the enactment of the AJCA as Congress' blanket approval of the IRS's method of identifying a syndicated conservation easement as a listed transaction in Notice 2017-10 without notice and comment," the opinion said.U.S. Tax Court Judges Joseph W. Nega and Joseph H. Gale dissented, with Judge Gale writing that he believed Congress meant to exempt the IRS from complying with the APA's requirements. Judge Nega agreed, saying in a separate dissent that the legislative history and other factors lead him "to the conclusion that Congress did not intend to enact the AJCA penalty regime subject to the time-consuming notice-and-comment procedures of the APA."The Tax Court's opinion is the latest development in the IRS' legal battles over its administrative law compliance, with a Tennessee federal court in March setting aside a similar notice for microcaptive insurance arrangements and the Sixth Circuit likewise voiding a different notice for potentially abusive benefit trust arrangements.