After 12 Years US Chile Treaty May Pass Senate 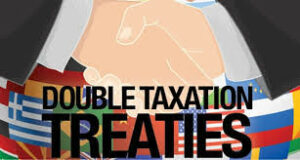 On June 12, 2019 we posted Finally The Senate To Vote On Tax Treaties Previously Blocked By Senator Rand Paul, where we discussed that after 10 years of delay, U.S. Senate Republican leaders have decided to bring tax treaties with Chile, Hungary, Poland, Japan, Luxembourg, Spain, Switzerland, to a vote in the full chamber; however the tax treaties with Chile, Hungary, Poland are still pending in the Senate since 2010.

Now according to Law360, a U.S. Senate committee's changes to the pending Chile tax treaty represent the entirety of the rules that are needed to align this agreement and future ones with the 2017 federal tax overhaul, a U.S. Treasury Department official said Tuesday, October 25, 2022.

Two changes to the U.S.-Chile tax treaty, which is awaiting approval in the full Senate, were needed to comply with provisions under the 2017 Tax Cuts and Jobs Act, according to Henry Louie, Treasury's deputy to the international tax counsel, treaty affairs. The Senate Foreign Relations Committee in March approved the changes to the treaty, which is the first bilateral tax accord between the countries. The agreement was signed in 2010 but was not ratified before Congress enacted the TCJA.

The changes, referred to as reservations, were in response to two items in the TCJA: the base erosion and anti-abuse tax, which limits deductions on payments by a U.S. company to related parties abroad, and the overhaul's provision regarding the distribution of certain foreign dividends. These reservations constitute "the entirety of the necessary changes" that Treasury concluded were needed to make future tax treaties compatible with what is now the law, according to Louie, who spoke during a webinar hosted by the International Tax Institute.After the full Senate ratifies the treaty, the Chilean government will need to approve the changes before the agreement can enter into force. In the meantime, the U.S. Chamber of Commerce in September urged lawmakers to approve the treaty, saying the lack of a formal agreement between the two countries threatens to slow the transition away from fossil fuels.The chamber's remarks fell against the backdrop of an overall stalemate in the Senate regarding the ratification of tax treaties, which are, in part, designed to help prevent companies from being subject to double taxation.

In general, treaties have been held up by Sen. Rand Paul, R-Ky., since he joined the Senate in 2011, due to his concerns about privacy safeguards. The Senate in 2019 ended a yearslong impasse on several tax accords, but the treaty with Chile wasn't among them due to conflicts with the TCJA.

The tax overhaul also held up ratification of an updated U.S.-Hungary tax treaty, which needed Senate approval before it could replace the existing agreement from 1979. Meanwhile, Treasury in July announced it was pulling the 1979 treaty with Hungary, citing a combination of Hungarian tax policies and specific treaty issues that the department said were worsened by the country's position against a global minimum tax. 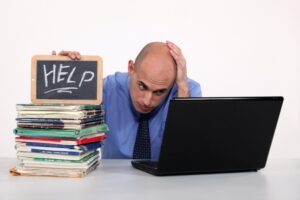 for a FREE Tax HELP Contact Us at:www.TaxAid.com or www.OVDPLaw.com