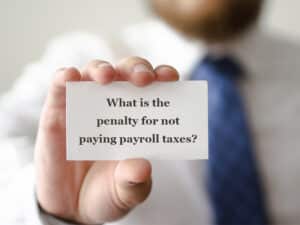 According to DoJ, a Michigan man was sentenced to 38 months in prison after engaging in a nearly decade-long effort to prevent the IRS from collecting unpaid taxes he and his businesses owed.

According to court documents and statements made in court, Scott Chappelle, 61, of Okemos and East Lansing, was an attorney and former CPA who operated Strathmore Development Company Michigan LLC, Terra Holdings LLC, and Terra Management Company, all of which were involved in real estate development and property management in the East Lansing area. Chappelle admitted he did not pay over to the IRS employment taxes that were withheld from the wages of the three companies’ employees. After the IRS began trying to collect the unpaid taxes, Chappelle attempted to evade payment of those taxes by making false statements to the IRS about his and his companies’ assets and income. To further hide assets from the IRS and evade payment of taxes, Chappelle also concealed his vacation house on Lake Michigan and purchased real property in the names of businesses instead of in his own name. 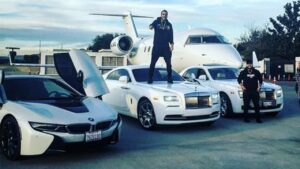 Chapelle Spent Cash That Wasn’t His, Funds Withheld From His Workers As Employment Taxes, Which He Then Hid From The IRS, To Support An Extravagant Lifestyle He Didn’t Earn.

Chappelle falsely told IRS employees that he and his companies could not afford to pay their tax debts because of financial hardships, while he simultaneously paid substantial personal expenses using bank accounts in the names of at least six different businesses he controlled. These personal expenses included mortgage payments on three houses and a condominium, payments toward the purchase of a yacht, college tuition for his children, plastic surgery, personal credit card bills, life insurance premiums, car payments for himself and one of his children, and expenses associated with boats he owned.

Chappelle also admitted to making false statements to special agents of IRS-Criminal Investigation who investigated his misconduct. Chappelle did not tell the criminal investigators about real property he had purchased, including a house in Ohio purchased just one month before the interview and he concealed the source of the funds used to pay a mortgage on a condominium in East Lansing.

Chappelle further admitted to making false statements on a loan application when he refinanced the mortgage on his Lake Michigan vacation house in Harbor Springs. According to court filings, Chappelle submitted fabricated bank statements to the mortgage company to make it appear as if his company had substantially more money in its account than it actually had. He then falsely blamed another employee of his company for fabricating the bank statements.

In addition to being sentenced to 38 months in prison, U.S. District Judge Jane M. Beckering ordered Chappelle to serve three (3) years of supervised release and pay $1,233,836 in restitution to the United States.

Thinking of Borrowing From Your Company'sPayroll Tax Withholdings?