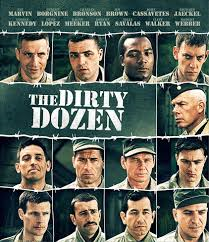 "Taxpayers should stop and think twice before including these questionable arrangements on their tax returns," said IRS Commissioner Chuck Rettig.

"Taxpayers Are Legally Responsible For What's On
Their Return, Not A Promoter Making Promises
And Charging High Fees.
Taxpayers Can Help Stop These Arrangements By Relying On Reputable Tax Professionals They Know They Can Trust."

The IRS reminds taxpayers to watch out for and avoid advertised schemes, many of which are now promoted online, that promise tax savings that are too good to be true and will likely cause taxpayers to legally compromise themselves.

Taxpayers, tax professionals and financial institutions must be especially vigilant and watch out for all sorts of scams from simple emails and calls to highly questionable but enticing online advertisements.

The first four on the “Dirty Dozen” list are described in more details as follows:

Taxpayers Who Have Engaged In Any Of These Transactions
Or Who Are Contemplating Engaging In Them Should Carefully Review The Underlying Legal Requirements
And Consult Independent, Competent Advisors 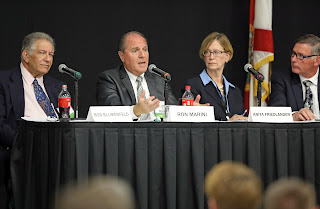 Before Claiming Any Purported Tax Benefits.

Taxpayers who have already claimed the purported tax benefits of one of these four transactions on a tax return should consider taking corrective steps, such as filing an amended return and seeking independent advice.

Where appropriate, the IRS will challenge the purported tax benefits from the transactions on this list, and the IRS may assert accuracy-related penalties ranging from 20% to 40%, or a civil fraud penalty of 75% of any underpayment of tax.

While this list is not an exclusive list of transactions the IRS is scrutinizing, it represents some of the more common trends and transactions that may peak during filing season as returns are prepared and filed. Taxpayers and practitioners should always be wary of participating in transactions that seem “too good to be true.”

The IRS remains committed to having a strong, visible, robust tax enforcement presence to support voluntary compliance. To combat the evolving variety of these potentially abusive transactions, the IRS created the Office of Promoter Investigations (OPI) to coordinate service-wide enforcement activities and focus on participants and the promoters of abusive tax avoidance transactions.