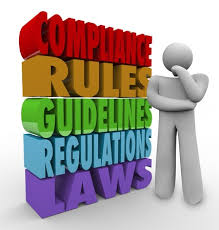 In 2017, the division announced a new audit strategy known as campaigns that focused on issue-based rather than entity-based examinations, and focusing on those issues that present a significant risk of noncompliance. The objective is to improve return selection through identifying issues representing a risk of noncompliance and making the greatest use of the IRS' limited resources. Currently, there are nearly 60 IRS campaigns, several of which relate to the cross-border issues of high net worth individuals.

The October campaign is a rerelease of a campaign initially announced in March, which was withdrawn shortly after it was posted on the IRS website. It focuses on nonresident aliens, receiving rental income from U.S. property and the requirement to comply with the Internal Revenue Code's reporting and filing requirements related thereto.

The September campaign targets nonresident alien compliance with the withholding and reporting obligations of the Foreign Investment in Real Property Tax Act, or FIRPTA, on transfers of U.S. real estate.

The Purchase Of U.S. Real Estate By Foreign Nationals Is A Major Source Of Investment In The U.S. Property Sales To Foreign Buyers In 2019 Totaled $78 Billion.

In recent years, the largest share of foreign residential buyers originated from China and Canada, followed by Mexico. So, it is not surprising that the IRS might want to target tax compliance in this area.

Tax levied under FIRPTA initially is collected through withholding, and the obligation to withhold is placed on the purchaser, rather than the seller, of the U.S. real property interests.

Unless An Exemption Otherwise Applies, The Purchaser Is Required To Withhold 15% Of The Total Purchase Price If The Seller Of The Property Is A Foreign Person.

The withholding tax requirement simply ensures that U.S. tax will be collected and incentivizes nonresident aliens to file appropriate tax returns that report income from the sale, and claim a credit for the withheld funds, particularly if the withheld tax exceeds the actual U.S. tax due.

After receiving the submitted forms, the IRS will stamp Form 8288-A to acknowledge receipt of the withheld tax and send a copy to the seller for inclusion in filing a tax return. When there is more than one foreign seller, the purchaser is required to prepare separate Forms 8288-A for each transferor and withhold tax from each based on the full amount realized, as allocated among the transferors.

In addition to the Form 8288 and 8288-A filing requirements, the nonresident alien seller also must file a U.S. federal income tax return on Form 1040NR - US Nonresident Alien Income Tax Return reporting the sale and paying the actual tax due on the gain, calculated using the applicable graduated tax rates, or requesting a tax refund to the extent that the withheld amount is more than the tax due.

The U.S. taxation applicable to a nonresident alien acquiring U.S. real estate is exceedingly complex. It implicates inquiry by the nonresident alien purchaser of the U.S. real estate to ascertain whether withholding is required. It requires consideration of how to structure the acquisition, either to hold the real estate directly, through an LLC, through a partnership, trust or corporation, and the potential tax consequences of each of such structures.

If the nonresident alien anticipates renting the property, it requires consideration of whether that activity will result in a trade or business, or, if not, the benefits of making a net election under the code or a treaty. 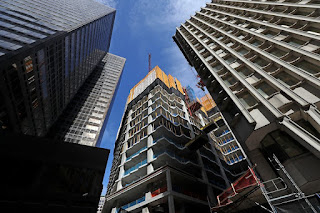