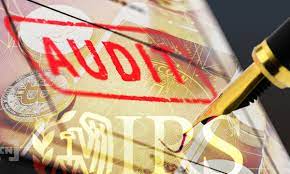 According to Law360, the Internal Revenue Service's continued use of information demands to cryptocurrency exchanges in its fight against tax avoidance may soon be entering a new, ambitious era of global reach and cooperation.

That's because even as the IRS has demonstrated a willingness to repeatedly employ a powerful information-gathering mechanism, the John Doe summons, when contending with American-based exchanges, there are many exchanges based overseas that would perhaps be of interest to the IRS.

If the IRS becomes inclined to employ similar information-gathering tactics for foreign-based exchanges, the agency would likely be able to rely, in part, on global infrastructure in the form of the Joint Chiefs of Global Tax Enforcement, or J5. If the IRS does pursue that type of initiative, it will likely bear striking similarities to the Swiss Bank Program.

For now, U.S.-based cryptocurrency exchanges will likely continue facing information requests from the IRS, in volume and consistency that are somewhat reflective of the government's oversight role in the banking industry. But exchanges based abroad may soon feel the same pressure.

In the years since, the IRS has signaled, in both word and deed, a commitment to enforcement in the cryptocurrency arena. For example, in November 2016, a California federal judge authorized a John Doe summons by the IRS to obtain information from an exchange called Coinbase. Coinbase challenged the summons, and the following November the judge ordered the company to comply with a narrowed request for information on accounts with transactions greater than $20,000. 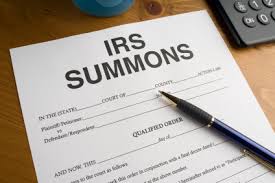 Similarly, in March of this year, the U.S. government filed a petition asking the court to approve its summons on the Kraken cryptocurrency exchange. The IRS sought information on people who have accounts with Kraken and have conducted at least $20,000 in transactions in any given year from 2016 through 2020. The government succeeded in its petition. 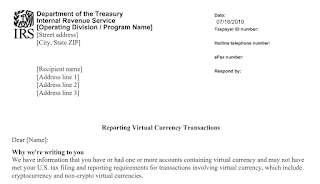 And separately, the agency successfully utilized a John Doe summons to pursue records for those who "engaged in business with or through" Circle Internet Financial Inc. and its affiliates.

In the summer of 2019, the IRS issued more than 10,000 educational letters to taxpayers who the IRS knows or believes had virtual currency transactions. The IRS also added a question to page 1 of Form 1040, U.S. Individual Income Tax Return, asking whether the taxpayer transacted in virtual currency.

Since a Limited Number of Cryptocurrency Exchanges Are Based In The U.S., It Seems Inevitable That The IRS Would Look At Exchanges Based Overseas in Pursuit of a
Comprehensive Enforcement Strategy.

When it does, he said, it'll likely rely on the J5. The J5 collaborative tax enforcement effort was launched in 2018 by five countries: the U.S., Canada, the United Kingdom, the Netherlands and Australia. The group, which is focused on tracking down instances of tax crimes, recently identified fintech companies that will be part of their investigations.

Using various analytical tools, members of each country were put into teams and tasked with generating leads and finding tax offenders using cryptocurrency based on the new data available to them through The Challenge. Working within existing treaties, real data sets from each country were brought to the challenge to make connections where current individual efforts would take years to make those same connections.

Eventually, international collaboration in the cryptocurrency space may begin to resemble the efforts brought to bear by the Department of Justice-led Swiss Bank Program.

The Swiss Bank Program, started in 2013, was designed by the Department of Justice as a way for banks in Switzerland to avoid criminal prosecution if they fully disclosed pertinent information to, and cooperate with, law enforcement officials relating to efforts by Americans to avoid paying taxes to the Internal Revenue Service. Banks that were already subject to prosecution before the program was announced or that missed the deadline for submission were not eligible to participate.

While not a perfect analogue, the Swiss Bank Program may serve as something of a template for international enforcement of cryptocurrency-facilitated tax evasion, Starling Marshall, partner in Crowell & Moring's tax and litigation groups, told Law360. Marshall previously served at the DOJ.

For instance, one major puzzle piece that's currently missing in the crypto space is the voluntary disclosure program that was part of the Swiss Bank initiative, she said. Voluntary disclosure in that context allowed Swiss banks the opportunity to avoid criminal prosecution if they cooperated with the U.S. government by providing detailed information of interest.

Practitioners are watching closely to see if the government institutes a similar program in the cryptocurrency space when the time is right, Marshall said.