Advice For Attorneys - Using Your IOTA Trust Account to Hide Your Personal Income Is Not Tax Planning, It's Tax Evasion! 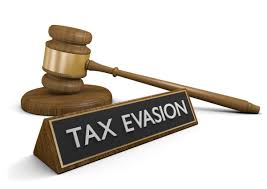 According to the DoJ, a Texas attorney and former member of the Idaho legislature, John O. Green, and his client, Texas inventor Thomas Selgas, were sentenced yesterday for conspiracy to defraud the United States and tax evasion.
Selgas Was Sentenced To 18 Months In Prison And Green To 6 Months.

Selgas and Green were convicted by a jury in Federal District Court in Dallas on Jan. 15, 2020. According to the evidence presented at trial, Selgas conspired with Green, an attorney licensed to practice in Texas, to defraud the United States by obstructing the IRS’s efforts to assess and collect Selgas’s taxes.

Selgas and his wife owed approximately $1.1 million in taxes that Selgas refused to pay. When the IRS sought to collect those taxes, Selgas concealed, with the assistance of Green, substantial funds by using Green’s Interest on Lawyers Trust Account (IOLTA) rather than using financial accounts in Selgas’s own name.

An IOLTA is an escrow bank account used by a lawyer to hold money in trust for clients.

From 2007 to 2017, Selgas deposited proceeds from the sale of gold coins and other income into Green’s IOLTA. At the direction of Selgas, Green would then use that escrow account to pay the personal expenses of Selgas and his wife, including their credit card bills.

This use of the IOLTA concealed Selgas’s income from the IRS and thwarted its ability to identify funds he possessed, which could be used to offset the taxes owed.

In addition to the term of imprisonment, U.S. District Judge Karen Gren Scholer ordered Selgas to serve three (3) years of supervised release and to pay approximately $1,323,776.92 in restitution to the United States.

Judge Scholer ordered Green to serve three (3) years of supervised release and to pay approximately $679,501.50 in restitution to the United States.