According to Law360, the purported operator of cryptocurrency mixing service Bitcoin Fog was arrested in Los Angeles on April 27, 2021and accused of laundering hundreds of millions of dollars worth of bitcoin.

According to the government, Bitcoin Fog operates as a "tumbler" or "mixer" service, which allows customers to send bitcoin to recipients in a way that conceals the source of the cryptocurrency. The process disassociates incoming bitcoin from certain bitcoin addresses or transactions and then commingles that bitcoin with other incoming bitcoin prior to conducting further transactions.

This Procedure Allows Criminals To Launder Their Funds
By Concealing The Source And Location
Of Their "Dirty" Bitcoin, Authorities Say.

Bitcoin Fog, one of the original bitcoin tumbler services operating on the darknet, has been for around a decade and has processed total transactions valued at roughly $336 million, according to a statement of facts filed by an IRS special agent. The darknet is a hidden network of websites that are not accessible through normal means, but rather through browsing tools such as Tor.

The largest senders of bitcoin through Bitcoin Fog have been illicit darknet markets, the government says, such as Silk Road, Agora, Evolution and AlphaBay, which trafficked in drugs and other illegal goods.

"Investigators obtained records of Sterlingov's true-name accounts at several cryptocurrency exchanges," the statement of facts says. "Sterlingov's accounts revealed the vast majority of cryptocurrency deposited into his accounts was originally sourced and traced back to Bitcoin Fog clusters."

Neither Sterlingov nor Bitcoin Fog have registered with the Treasury Department as a money services business despite conducting transactions with U.S. customers, as required under federal law, the government says.

Sterlingov made his initial appearance in L.A. federal court on April 27, 2021, according to the U.S. Attorney's Office for the Central District of California, and his detention hearing has been continued to May 4. He remains in federal custody.

According To The Statement Of Facts, Bitcoin Fog Charged A Variable Fee Of 2% To 2.5% On Each Deposit, But The Amount Of Money Sterlingov Made From Bitcoin Fog Is Unclear. 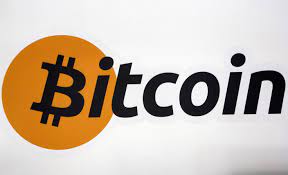 Investigators say based on the bitcoin tumbler's transaction activity over time, Sterlingov would have made about $8 million in commissions if he cashed out the administrative fees around the time of the transactions.

However, given that the value of bitcoin has skyrocketed since Bitcoin Fog launched in the fall of 2011, going from $2 per bitcoin to a current value of $50,000, Sterlingov's profits that were kept in bitcoin would have appreciated significantly, according to the government. The current value of the Bitcoin Fog "cluster," including customer funds under Sterlingov's control as well as his own money, is almost $70 million, investigators say.