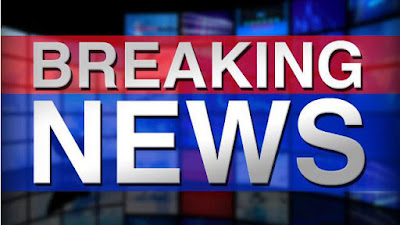 On December 20, 2016 we posted Recklessness = Willful Failure ToFile FBAR For Partial Disclosure in OVDP Filings? where we discussed that a district court had found that the taxpayers' failure to timely file a Foreign Bank and Financial Accounts Report (FBAR) was willful where, among other things, they stopped employing a bookkeeper or keeping any books after opening a foreign bank account and made several misrepresentations under penalty of perjury when they applied to participate in IRS's Offshore Voluntary Disclosure Program (OVDP).

The taxpayers were Mr. and Mrs. Bohanec and Mr. Bohanec owned a camera shop in California. The Bohanecs arranged with Leica, a German camera manufacturer, to become an exclusive Leica dealer. Commissions for international sales were deposited into an account at UBS AG in Switzerland in the Bohanecs' name.

While those FBARs included the UBS account, they did not include the Austrian or Mexican accounts. The Bohanecs were ultimately rejected by IRS for the OVDP. In June 2013, IRS assessed a penalty of approximately $1.2 million penalty against Bussell for failing to disclose her financial interests in an overseas account on her 2006 tax return, which she was required to report in 2007. Bussell did not pay the penalty, and IRS filed suit.

The District Court found that Bussell had willfully failed to file a FBAR, granting partial summary judgment to IRS, but reducing the fine. U.S. v. Bussell, DC CA 12/8/2015, 117AFTR 2d 2016-439. The court rejected all the various arguments offered by the taxpayer, including that the fine was excessive and violated treaty provisions.

After weighing the factors relevant to the an excessive fines inquiry, the district court concluded that IRS's assessment raised some Eighth Amendment concerns because the assessment exceeded the maximum penalty set out in the applicable criminal and civil statutes. The maximum authorized penalty for a willful criminal FBAR violation was a five year sentence and a $250,000 fine. (31 U.S. Code § 5322(a)) The taxpayer's FBAR penalty was $1,221,806, which was almost five times the maximum amount allowed in the criminal statute. The district court decreased the penalty imposed from $1,221,806 to $1,120,513, which represented the maximum amount permitted under the applicable civil statute.

The district court also rejected the taxpayer's vague assertion that IRS illegitimately obtained information concerning her Swiss Account from the Swiss government. She contended that, pursuant to the treaty between the U.S. and Switzerland, the U.S. could only receive information from the Swiss government pertaining to tax violations. However, the district court concluded that the instant case was clearly a tax collection case, and it was unclear how IRS's conduct ran afoul of the treaty.

Bussell appealed the district court's decision and while she admitted that she willfully failed to disclose her financial interests in her overseas account on her 2006 tax return, she raised several arguments on appeal; the Ninth Circuit Court of Appeals affirmed the district court, rejecting all the arguments offered by the taxpayer.

Bussell then petitioned the Supreme Court to review the Ninth Circuit's decision. She argued (1) that the Eighth Amendment prohibition against excessive fines did not allow a forfeiture of half of an account's value (in this case, more than $1 million) merely because of a failure to report the account; and (2) that the treaty between the U.S. and Switzerland on dual taxation, which was restricted to disclosure of tax information, couldn't be used to obtain information for non-tax uses, such as the existence of a foreign account held in violation of FBAR. 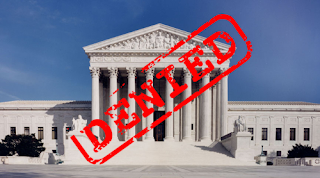 On Apr. 30, 2018, the Supreme Court refused to review the Ninth Circuit's decision. Accordingly, that decision is now final.