Who Knew that Golf was such a Taxing Sport?

On Tuesday, March 19, 2013 we posted Professional Golfer Sergio Garcia "Whiffs" Tax Case regarding US Tax on "Image Rights" which discusses that the US Tax Court has ordered professional golfer Sergio Garcia to pay tax on endorsement income he had claimed was tax-free under the US-Switzerland tax treaty. 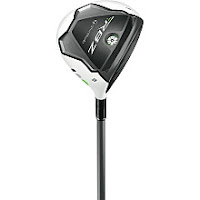 The court decided Garcia's contract with his sponsor TaylorMade had attributed too much of the money to royalty payments for image rights, which the treaty exempts from US tax.  p http://i.forbesimg.com t Move down

Mickelson capped a dominant fortnight in Scotland by shooting a final round 66 to come from behind and win The Open Championship. He also won the Scottish Open the previous week. For his two weeks of play, earned £1,445,000, or about $2,167,500.


But that’s not all. The UK will tax a portion of his endorsement income for the two weeks he was in Scotland. It will also tax any bonuses he receives for winning these tournaments as well as a portion of the ranking bonuses he will receive at the end of the year, all at 45%.


The good news for Mickelson is that he can take a foreign tax credit on his US return so he is not double-taxed at the federal level on this income. The bad news is that the credit does not cover self-employment taxes (2.9%) or the new Medicare surtax (0.9%). Additionally, California does not have a foreign tax credit so he will have to fork out 13.3% there as well. Although he receives federal deductions for his California tax and half of his self-employment tax, these deductions do not benefit him on this income because as they reduce his federal tax they reduce his foreign tax credit.


Without considering expenses, Mickelson will pay 61.12% taxes on his winnings, bringing his net take-home winnings to about $842,700. When expenses are considered (10% to caddy Jim “Bones” Mackay, airfare, hotel, meals, agent fees on endorsement income/bonuses—all tax deductible here and in the UK), his take-home will fall closer to 30%.