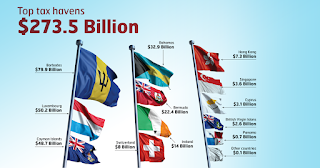 According to Law360, Ireland endorsed a plan for landmark international tax reform on October 7, 2021 after successfully lobbying rich nations to alter terms backed by most of the world, constraining ambitions to potentially raise a 15% minimum corporate tax rate in the near future.

Ireland's Assent To The Agreement As A Member The Organization For Economic Cooperation And Development
Means The Country Has Pledged To Raise Its Corporate Income Tax Rate From 12.5% To 15% For Companies
With Annual Revenue Over €750 Million ($866 Million).

"The government has now approved my recommendation that Ireland join the international consensus, which, in turn, will secure certain strategic priorities for Ireland," Paschal Donohoe, the country's finance minister, said Thursday in a news conference.While some countries wanted a higher minimum tax rate than 15%, Ireland's position "moderated those ambitions and views in the context of the broader agreement," he said.Donohoe confirmed he had been lobbying the OECD since July for that change. A final draft of the agreement is due on October 8, 2021.

Do You Have Undeclared Income
from a Tax Haven?