Court Orders Man To Repatriate $18.2M in to Pay for His FBAR Penalties

According to Law360,  Florida man must repatriate roughly $18.2 million held in his overseas bank accounts to pay a court judgment finding he failed to disclose his Swiss accounts to the Internal Revenue Service, a federal judge said.
A federal magistrate judge correctly decided that Isac Schwarzbaum must repatriate funds in his overseas accounts to satisfy the judgment for his failure to timely file his reports of foreign bank and financial accounts with the IRS, U.S. District Judge Beth Bloom said in an order dated October 25, 2021.

Judge Bloom rejected Schwarzbaum's arguments that the government's request for a repatriation order represented an improper workaround of the Federal Debt Collection Procedures Act. A repatriation order instead complies with the FDCPA, which provides rules the government must follow when collecting pre- and post-judgment debts, according to the order. 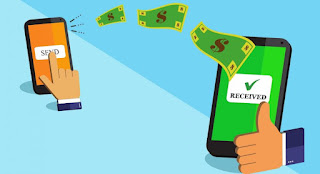 "The Government's Request That The Court Issue An
Order Directing Schwarzbaum To Bring Sufficient Funds
To The United States To Satisfy The Judgment
Is Not Misplaced," Judge Bloom Said.

The U.S. government is looking to get around federal law governing debt collections to force Isac Schwarzbaum to repatriate the cash to satisfy the judgment for his failure to timely file his reports of Foreign Bank and Financial Accounts. A repatriation order instead complies with the FDCPA, which provides rules the government must follow when collecting pre- and post-judgment debts, according to the order.

Isac Schwarzbaum Told A Federal Court That He Shouldn't
Be Forced To Repatriate $18.2 Million Held In
Overseas Banks To Satisfy A Judgment For Failing To Report
His Swiss Bank Accounts To The Internal Revenue Service.

Moreover, the government's arguments that it can use the All Writs Act to order repatriation are misguided, according to the filing.

The Filing Objected To Recommendations From Magistrate Judge Bruce Reinhart, Who Said June 30 That The Court
Has Personal Jurisdiction Over Schwarzbaum,
A Dual U.S.-German Citizen, And
Can Force Him To Repatriate The Funds.

An August court judgment found that he willingly failed to report his foreign bank accounts from 2007 through 2009 and was consequently liable for the $15.7 million penalty and interest amount after the IRS supplied an incorrect $13.7 million figure. He also failed to report his foreign accounts during 2006, but that action did not constitute a willful violation, the court had found.

Schwarzbaum's debt to the U.S. now totals more than $18 million, including civil penalties, late payment penalties and pre-judgment interest, according to court filings. The federal government argued that he has more than $49 million in assets in his overseas accounts that can be used to satisfy some of his debts to the U.S.