In a Program Manager Technical Advice (PMTA) 2021-1, the IRS said that it may request information regarding foreign accounts held by US citizens and residents from a participating foreign financial institution (PFFI) in accordance with FATCA even if the US does not have a tax treaty or other agreement to exchange tax information with the jurisdiction of the PFFI's residence or any jurisdiction in which the PFFI operates.

Chapter 4 of the Code, i.e., Code Sec. 1471 through Code Sec. 1474, also known as the Foreign Account Tax Compliance Act or FATCA, generally requires withholding agents to withhold tax on certain payments to a foreign financial institution (FFI) unless the FFI has entered into an FFI agreement with the U.S. to, among other things, report certain information with respect to U.S. accounts. 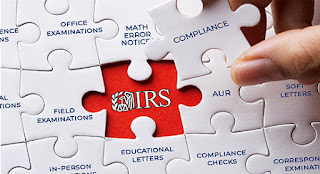 Under Code Sec. 1471(B)(1)(E), The FFI Must Also Agree To Comply With Requests By The IRS For Additional Information With Respect To Any United States Account
Maintained By Such Institution.

The FFI Agreement requires a PFFI to report certain information for each calendar year to the IRS on Form 8966, FATCA Report, with respect to its U.S. accounts, which includes accounts held by individuals who are U.S. citizens or residents.

The U.S. has entered into income tax treaties with other countries. The treaties often have an article addressing information exchanges.

The issue addressed in this PMTA 2021-1 is whether the IRS, consistent with the terms of the FFI Agreement, request from PFFIs information about certain U.S. citizens or residents, even if the U.S. does't have a tax treaty or other agreement to exchange tax information with the jurisdiction of the PFFI's residence or any jurisdiction in which the PFFI operates?

This PMTA 2021-1 concluded that yes, the IRS may. None of the provisions in the FFI Agreement relating to an IRS request for information from a PFFI is dependent on the U.S. having any treaty or other agreement to exchange tax information with the jurisdiction of the PFFI's residence or any jurisdiction in which the PFFI operates.