Reclassifying Wages as Dividends by IRS Upheld by Tax Court 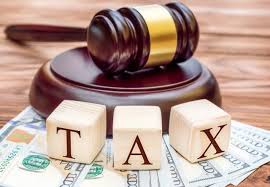 A corporation may deduct all the ordinary and necessary expenses paid or incurred during the tax year in carrying on any trade or business, including a reasonable allowance for salaries or other compensation for personal services actually rendered. (Code Sec. 162(a)(1); Reg §1.162-7(a))

But the test of deductibility in the case of compensation payments is whether they are in fact payments purely for services. (Reg §1.162-7(a))

Aspro, Inc, the taxpayer, operated an asphalt paving business. Most of the taxpayer's revenue came from contracts with government entities. These public projects are awarded to the low bidder.

The taxpayer had three shareholders. Shareholder A, an individual, owned 20% of taxpayer. Shareholders B and C, both corporations, owned 40% each.

Shareholder A also was taxpayer's president and was responsible for the company's day-to-day management. His responsibilities included bidding on projects.

A often spoke to the individuals who owned B and C to get their advice on bidding for projects.

Neither in 2014 nor in any prior year did the taxpayer pay dividends to its shareholders.

The IRS denied the deduction, claiming the fees were actually dividends.

The Tax Court Ruled That The Payments Were Dividends,
And Not Personal Service Management Fees.

The Court looked at various facts that it said were indicia that the payments were dividends. For example:

·         The fact that taxpayer paid shareholders B and C, instead of the individuals actually performing services, indicated a lack of compensatory purpose.

·         Taxpayer paid management fees as lump sums at the end of the tax year, rather than throughout the year as the services were performed.