According to Law360, three taxpayers seeking to switch over to the IRS’ new “streamlined” compliance program for unreported offshore income argued to a D.C. Circuit panel Tuesday that their lawsuit is not foreclosed by the Anti-Injunction Act's bar on pre-enforcement tax challenges, attacking the government’s key defense in the case. The case is Maze et al. v. Internal Revenue Service et al., case number 16-5265, in the U.S. Court of Appeals for the District of Columbia Circuit.

Eva Maze, Suzanne Batra and Margot Lichtenstein have asked the appeals court to reverse a lower court’s ruling dismissing their suit, which aims to allow the taxpayers to jump from an older compliance program, known as the IRS Offshore Voluntary Disclosure Program, to a streamlined procedure with several advantages by eliminating strict transition rules they claim run afoul of the Administrative Procedure Act. 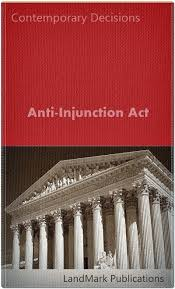 U.S. District Judge Colleen Kollar-Kotelly held in July that the taxpayers’ consolidated suit would violate the Anti-Injunction Act that prohibits federal courts from taking actions that would restrict the collection of taxes. If the plaintiffs successfully jumped from one disclosure program to another, as they sued to do, it would prevent the IRS from collecting accurate penalties for the tax years at issue and make it more difficult for the agency to backtrack and collect penalties the agency was otherwise entitled to for previous years, Judge Kollar-Kotelly said.

Representing the taxpayers, George M. Clarke III of Baker McKenzie said that all the taxpayers’ suit aims to do is get an injunction blocking the rules that are preventing them from applying to the streamlined program, not stop the IRS from collecting taxes.

U.S. Circuit Judge Thomas B. Griffith seemed unconvinced by the argument. The lawsuit, he said, “seems to me to be in the wheelhouse of what the Anti-Injunction Act is talking about.”

Griffith asked why the taxpayers couldn’t just pay the penalty under the existing program and file a refund suit raising the same challenge to the transition rules. Clarke replied that the taxpayers will be foreclosed from pursuing such an action if they stay in the OVDP program, because of the closing agreement they would have to sign, while opting out of the program would waive the right to challenge the rules.

When Maze, Batra and Lichtenstein launched their suit in October 2015, they argued that they were forced to comply with an arbitrary set of rules in connection with the 2014 offshore income program because they had voluntarily participated in an earlier version of the disclosure program.

A few years later, the IRS revealed its 2014 streamlined filing compliance procedures, under which individuals who had inadvertently not reported certain offshore income could correct these errors in exchange for reduced penalties. But the IRS refused to allow individuals who previously entered into the 2012 voluntary disclosure program to access those benefits unless they complied with a set of transition rules, according to the suit.

The plaintiffs asked the court to remove the transition rules for being unlawful, noting that applicants who enter directly into the 2014 streamlined program can participate by certifying that their failure to report certain offshore assets had not been willful, and saying it was then up to the IRS to uncover willfulness. However, applicants who participated in the overseas voluntary disclosure program before July 2014 must affirmatively prove nonwillfulness before being allowed to enter into the 2014 SFCP, the suit claimed.