Have Undeclared Income From Foreign Accounts? The OVDP Program May End After 2017? 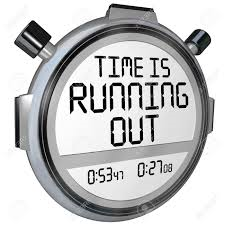 U.S. taxpayers who have foreign bank and/or financial accounts should be watching the clock.


The window to Voluntarily Report Foreign Accounts in order to mitigate IRS Penalties May Be
Ending After 2017.

Like all IRS amnesty programs,
the Offshore Voluntary Disclosure Program (OVDP)
was not meant to be left Open Indefinitely!
____________________
Amnesty Programs and Termination Dates

Additional Reasons Why the OVDP Program
May End After 2017:
a.       Most of the agreements have been in place since 2014 with most information being shared between 2015 and the current year.
b.       The IRS could use this information to conduct a match against tax returns and FBARs that have been filed to see which taxpayers may have delinquent (or inaccurate) FBARs and 8938s.
c.        They could then use this information to generate computer notices with informational penalties.

a.       This information is public and can be readily used by the IRS as an investigative and matching tool.
b.       The offshore entity disclosure is particularly intriguing, since a targeted John Doe Summons, these entities could further produce undetected individuals or companies.
a.       Identify taxpayers that have not voluntarily disclosed information.
b.       Identify Businesses or entities in tax havens that need further scrutiny via John Does Summons, and/or
c.        Identify the paper trail showing the flow of unreported funds from tax haven country to tax haven country.


6.      The Internal Revenue Service has stated that the streamlined program was essentially a “Band-Aid” put in place during the implementation of FATCA (Foreign Account Tax Compliance Act). The IRS has also made the following facts known:
a.       The IRS can increase the penalty at any time, and under traditional OVDP the penalty has increased steadily, and even more than doubled in six years for certain taxpayers involved with “Bad Banks” aka foreign financial institutions or facilitators.
b.      The IRS can eliminate the program at any time and can do so without any warning to taxpayers.
c.       If a person is under examination by the IRS (for any reason, even nothing to do with international tax) they are disqualified from submitting to the program.


Before considering Next Steps, Taxpayers should Decide on What to Do Now!
_________________________________________
Taxpayers with Willful Non-Compliance should enter the  Offshore Voluntary Disclosure Program As Soon As Possible, since the potential Criminal Exposure is Significant Otherwise.
Taxpayers that are non-willful should currently consider a Streamlined Filing and they should get this process started as early as possible!
For those that receive automated notices with FBAR, 8938, and/or other international informational related penalties, they should also consider their options as there are many successful defenses to the assessment of these penalties (See our blog post US Taxpayers Are Receiving Automated $10,000 Penalty Assessments For Late Filed Form 5471's & 5472's - We Can Help)


Do You Still Have Undeclared Income from
Offshore Banks or Financial Advisors?