According to , a software and hospitality executive accused of not withholding federal taxes must face criminal charges after the U.S. Supreme Court refused Monday to consider his challenge of a Sixth Circuit decision holding that those charges are not precluded by a civil suit court order forcing him to work without pay.

Rankin had been made to serve as an unpaid corporate president until a state appellate court overturned that order in 2012 as unconstitutionally amounting to involuntary servitude under the 13th Amendment.

Rankin's argument was that the order to continue as president of the corporation was ultimately overturned as involuntary servitude, the six months that had been served under that order should bar further criminal prosecution.

However, when the federal criminal charges followed, Rankin unsuccessfully argued that they amounted to a case of constitutionally prohibited double jeopardy.

The Sixth Circuit panel unanimously ruled that the criminal charges should not be thrown out because they are “completely different” from the civil case and now the U.S. Supreme Court refused on April 24, 2017 to consider his challenge of a Sixth Circuit decision.


Have a Payroll Tax Problems? 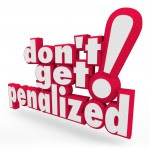