U.S. Signs Competent Authority Arrangements with Australia and the UK in Accordance with the Intergovernmental Agreements 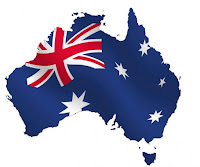 We posted on September 24, 2015, Australia Turns Over To The IRS Data Regarding 30,000 Australian Bank Accounts Of US Taxpayers! where we discussed that the Australian Taxation Office (ATO) has undertaken its first ever automatic sharing of bank information with the United States (US) Internal Revenue Service (IRS). Details of over 30,000 financial accounts worth over $5 billion are being provided to the US under the new powers of the US Foreign Account Tax Compliance Act (FATCA).

Today’s CAAs with Australia and the United Kingdom are the first such arrangements to be signed. The U.S. Competent Authority expects that numerous other CAAs with additional competent authorities in IGA jurisdictions will be signed in the near future.


“The signing of these Competent Authority Arrangements marks another significant milestone in the international effort to gain proper reporting of offshore accounts and income,”
said IRS Commissioner John Koskinen.

“Together in partnership with other tax authorities, we are demonstrating how far we have come in the fight against offshore tax evasion.”

Click here for more information on the CAA with Australia and here on the CAA with the United Kingdom. A list of all the intergovernmental agreements that are in effect can be found here.

Financial institutions and host country tax authorities will use the International Data Exchange Service (IDES) as the secure electronic data transmission system to transmit and exchange FATCA data with the United States. Further information on IDES, including customer resources and support, can be found here.


Do You Have Undeclared Income from
an Australian or UK Banks
Who Is Handing Over Names to the IRS?