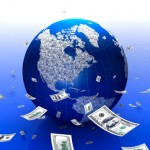 
Congressional tax leaders sought to exempt private companies having annual revenues of 750 million Euro or more from the clutches of the BEPS regime. Congressional tax leaders sought to modify BEPS program, ostensibly to make sure that changes would be “beneficial to American workers and job creators.”
In contrast to the view of the Congressional tax leaders, the American Enterprise Institute scholar Aparna Mathur sought to disparage the entire BEPS program by overstating her assertion that Congressional tax leaders are “right to worry” about the potential impacts of BEPS proposals on American businesses and workers. Dr. Mathur states that tax evasion is minimal – We know better. She is not a CPA, an attorney, has an LLM in tax, or has any professional degree. The studies she cites are antiquated, relying on fact patterns no longer relevant.  In addition, Dr. Mathur confuses an aggregation of related-party transactions, an approach that the OECD approves, with aggregation of all transactions, an approach that the OECD rejects.(Feinschreiber, R. and Kent, M, Transfer Pricing Handbook: Guidance for the OECD Regulations (vol. 5), John Wiley & Sons, Inc., 2012, Chapter 6, pp. 57-68.)  It’s time for BEPS to move ahead.