The U.S. government charges an owner of an Iranian pistachio processing and distribution company with operating an unlicensed money transmitting business, failing to disclose foreign bank accounts and filing a false tax return.

In United States of America vs. Ali Amin the government alleged that Ali Amin, who wholly owned and operated Primex International Trading Company Inc. (Pitco), had approved the illegal transfer of approximately $600,000 from Iran to the U.S., and concealed unreported income of about $1.93 million for 2009 through commercial transactions involving the purchase and sale of Pistachios with related parties who transferred funds between each other using an informal network (often known as a Hawala). The Indictment illustrates how the system worked:

"8. For example, defendant AMIN approved the transfer of approximately $600,000 from Iran to the United States as follows: 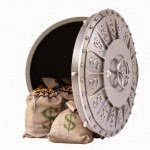 The Hawala system was used extensively to transmit over $17 million dollars over four years. The use of a Hawala may violate the provisions of the Bank Secrecy Act which requires registration of Money Transmitting Businesses.

The Indictment further alleges that because Amin had an unreported interest in foreign financial accounts he was required to file a Report of Foreign Financial Account (FBAR) on an annual basis.


"13.AMIN had a financial interest in, and signature and other authority over, account number xxxxxxx.254, in the name of Imavel Corporation, at Hyposwiss Private Bank in Zurich, Switzerland, which account had an aggregate value exceeding $10,000 during the calendar year 2009, that is, approximately $2.9 million in September 2009, and defendant ALI AMIN did so (a) while violating other laws of the United States, namely, operation of an unlicensed money transmittal business, in violation of 18 U.S.C. § 1960; and (b) as part of a pattern of illegal activity involving more than $100,000 in a 12-month period."

AMIN, a resident of Los Angeles, California, willfully made and subscribed, by a written declaration verifying that he was doing so under penalty of perjury, and filed with the Internal Revenue Service, a U.S. Individual Income Tax Return, Form 1040, for the calendar year 2009, which defendant ALI AMIN did not believe to be true and correct as to every material matter, in that the tax return reported total income of -$1,127,331 on line 22, whereas, as defendant ALI AMIN then knew and believed, his total income for the year 2009 was in excess of -$1,127,331, specifically, defendant ALI AMIN concealed unreported income of approximately $1,926,742.47.

This case highlights the need for competent experienced legal advice in order to avoid serious criminal and civil penalties associated with Offshore Accounts and FBAR Filing!