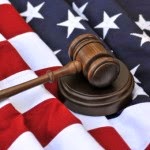 RUBIN ON TAX: 60 Crummey Withdrawal Beneficiaries Allowed: For many years, courts have recognized that gifts to a trust can qualify for the gift tax annual exclusion as “present interest” gifts if withdrawal powers are granted to beneficiaries.

The IRS is hostile to persons being treated as a beneficiary for this purpose if they have no rights to income or principal nor vested rights as remaindermen.

In a recent Tax Court case, Mikel v. CIR, T.C. Memo 2015-64, a trust had as its beneficiaries 60 persons – all of the lineal descendants of the settlors and the spouses of those descendants.


This was an issue because the initial resolution of disputes has to be submitted to arbitration before a panel consisting of three persons of the Orthodox Jewish faith. Such a panel in Hebrew is called a beth din. If a disputant does not like the results of the beth din, they could still go to court, but the trust has an in terrorem clause that would cut off the rights of the disputing beneficiary if he or she did that.

So the IRS argued that the in terrorem clause effectively voided the withdrawal beneficiaries power to legally enforce his or her withdrawal powers, thus they were illusory and not a qualified present interest.