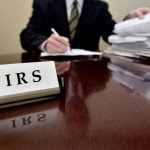 According to Procedurally Taxing the New York Times recently reported about a series of cases in which the IRS has seized money from innocent Americans based on purported violations of so-called “anti-structuring” laws, which make it a crime to deposit less than $10,000 cash in the bank in order to evade bank reporting requirements.

Carole Hinders, the proprietor of a Mexican restaurant in small-town Iowa, had almost $33,000 seized after her mother advised her that keeping cash deposits under $10,000 would make life easier for the bank. And three brothers in Long Island—Jeffrey, Richard, and Mitchell Hirsch—had over $400,000 seized after their accountant likewise advised them to keep cash deposits under $10,000.

Substantively, the IRS has pursued these cases despite the fact that Carole Hinders and the Hirsch brothers do not have the intent required by the anti-structuring laws. And, procedurally, the IRS has pursued these cases in a manner that violates both constitutional principles of due process and the governing provisions of the Civil Asset Forfeiture Reform Act of 2000.

The IRS has seized money from innocent people without warning or serious investigation, and then has held the money for years without providing any opportunity for a hearing before a judge.

The IRS has done so despite the fact that the property owners have good reasons for keeping their deposits under $10,000, and thus are not guilty of structuring. And the IRS also has done so despite a federal law that provides hard deadlines to commence forfeiture proceedings—deadlines that the IRS has passed many times over. Indeed, the procedural willfulness of the IRS is so extreme that the agency has violated the foundational protections afforded by due process.

Anyone who values the rule of law should be outraged by such conduct.